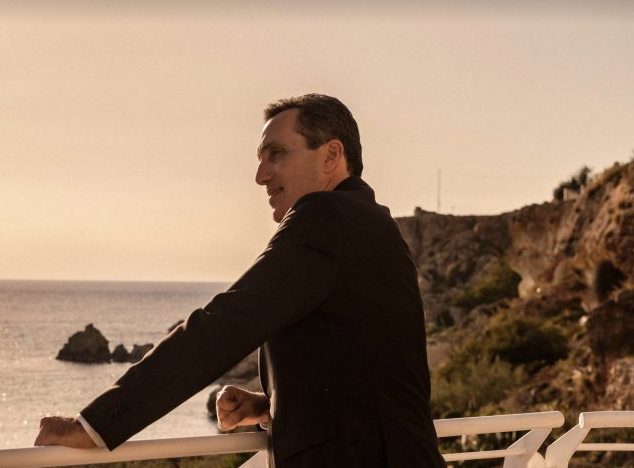 On 26 February  2021 International Hotel Investments p.l.c. (IHI) issued a Company Announcement, informing the general public that the current global pandemic has caused significant challenges to companies worldwide, which resulted in an opportunity for IHI to acquire the remaining 50% shares in the issued share capital of Golden Sands Resort Limited and in consequence of which IHI now holds the entire share capital of the company, thus securing the hotel’s long-term future. In consequence, IHI now owns hundred percent of Golden Sands Resort’s equity

Insider Plus will run two articles on this hotel. This one will introduce us to Mr Ernest Barry, General Manager of Radisson Blu Resort & Spa – Golden Sands and the subsequent one will deal with the attractions this hotel offers.

In the hustle and bustle of city life and the tedious routine of daily work, one naturally yearns to change the scene and get out of it all for a rest. Here Radisson Golden Sands enters the scene. Situated in the North West coast of Malta, uniquely surrounded by the blue Mediterranean sea, sandy beaches and open countryside, this hotel offers a unique respite, with everything you could wish for from an upscale spa hotel, panoramic views, easy access to the sand and clear blue sea, and a perfect setting for a good walk in the countryside. Just 5 kilometres away, one finds a variety of local attractions, such as the Mosta Dome and St. Paul’s Bays, whilst the old capital city of Mdina is a ten-minutes drive away from the resort.

Insider Plus met the man who sits at the helm of Radisson Golden Sands: General Manager, Mr Ernest Barry. Undoubtedly, this gentleman has his heart and pulse on the job. Unassuming, knowledgable, determined and obviously nurturing great passion for his job, he easily shares a smile which is quite compelling. One could tell that this gentleman knows and feels the art of warm hospitality.

Mr Barry has a very colourful past. For many years, he was a football star in Malta. “ From the age of 7 to 37, I put on my goalkeeper gloves every single day. Football was my passion. Little did I imagine that this sport was to mould me in a  very special way and introduce me to the world of hospitality.  I was only 17 when I was offered to join Naxxar team, then occupying a humble position in Malta’s Fourth Division. I must add that in just a few years we rose up to first Division.

The manager of the club, who had his own hotel, apart from other tourist oriented services, offered me a job in the accounts department. My mother too was deeply involved with the tourism scene. I had lost my father when I was very young and my dear mother worked hard for our livelihood. She organised tours and entertainment events for tourists. I remember accompanying her at all those events when  I was 10 to 15 years old .

At a point of time, a leading Maltese team, Sliema Wanderers, asked me to join them, and I took the plunge. Those were exciting and gratifying times; I soon had the chance of playing internationally with the Malta National Team against Manchester United, Yugoslavia, Juventus…In those days the Malta team was passing through a position of strength. Imagine, we lost against Englands 2-1 and that was because we missed a penalty on the 90th minute.”

Mr Barry’s face shone  and reflected the intense passion he felt for that sport. “I truly believe passion is such an important part of what you do. Without passion, you are bound to lose that spark of life which gives you an edge over others. It also shapes and regulates my work in hoteliering, it lights me up when I have to overcome new hurdles, when the target becomes tough, when I see others losing heart and stretch a helping hand, when we need to meet a deadline at all costs.”

But does he still play football? Mr Barry explained that he played his last game last year with the Malta Veterans. They were placed second in an international tournament. Then he needed surgery in his cervical discs, so he closed the curtain, bowed and exited from the stage.

Mr Barry correctly noted that sport and hoteliering were for many years considered unconnected. “Nowadays, top-notch speakers are running conferences on the common  requisites and characteristics of sport and business, the pivotal importance of teamwork, working for a common goal, driving through adversities, achieving results and beating competition, and so on.”

“I believe in team work. I have seen many teams falter because the players became individualistic. I make it a point in my job to see that team work effectively exists and prospers. And the chain of connection should be as much up-to-down as down-to-up.

“The work in this hotel can be awesome. Sometimes we have more persons in this hotel than there are in the nearby village of Mgarr. Yet we work seamlessly. We just have to do it. We cannot afford to suffer a leak in the keel lest water seeps in. Of course there will be hitches, but that is when the art of teamwork and passion join to fuse the breach.

Insider Plus quickly became acutely aware of Mr Barry’s management talents, and asked if he remembered the day when he reached the General Manager status. He looked from the corner of his eyes, as if to say, ‘How on earth could I forget!’ ,  revealed the Barry smile and said. “ I still feel the thrill of the challenge. It was 1997,  I was 29 years old. My football tactics surged in me. You score when you spot a breach in the wall. If you fail to grasp the opportunity, the next chance could take a long time to present itself, if it ever does. There was an opening and I took the plunge and applied. I was successful but I was painfully aware I had to prove myself with those who chose me and furthermore with all my colleagues. I felt the duty to prove I could shoulder the new burden of leading the team, not by pulling my weight but by living the responsibility of energising them, directing our joint efforts, daring together,  reaching tough targets and overcoming challenges with determination and passion. I moved as General Manager from Coastline Hotel, to Radisson St Julians, and then to Radisson Golden Bay… and here I am.”

And what does he appreciate most in  his staff? He was quick on the draw. “ Genuine, direct discussion, with straight and honest talk. I keep repeating this message: we are in this together. It’s not about me, nor about a manager, or a supervisor but each and everyone one of us. If we lose the genuineness in our discussion we miss the point and it could be too late.”

There must be a lot of satisfaction after a hard day’s work. “Tons of it ! I believe many youngsters today are afraid to join the hospitality scene because they merely look at the hard work. But they miss the exciting treat of satisfaction. It is an exhilarating experience, which youngsters need to search for and experience.”

And what about Covid-19? “Obviously we have been badly hit. All the hospitality scene all over the world is suffering. We have visited and re-visited our costs and have thought outside the box on how to curtail expenses. Unfortunately, certain costs cannot be avoided; this large building needs servicing and we follow a very strict protocol to ensure safety for staff and visitors. The protocol is detailed and we follow it rigorously. We cannot avoid to miss. But this is in itself an attraction since many  justifiably  feel safe coming here. We try our utmost the get the larger slice of the cake and fight hard to enhance our business. But I am certain that all this will have a rebound when the pandemic is over or rendered more manageable through vaccination. We will rise again and reach great heights.”

Insider Plus noticed how this gentleman exuded a positive  determination. How does he see himself? “Yes, I am deeply positive. I see myself as an outgoing person, strongly motivated, essentially a team player, and decisive. I want fast well-thought decisions…not rash ones, those are dangerous.” Mr Ernest Barry, smiled and very conscientiously added; “On the negative side, I can loose my temper. but I never let that take its full course. Some friends refer to me as a dog that barks.” But does he bite? He smiled and chuckled softly. We never got the answer.

What about family? “ I met my dear wife Aline when she was just 16 years old. I was only a bit older. We married after 5 years and this June we will be celebrating our 30th  wedding anniversary. We are blessed with two wonderful children: Naomi who is 27 years old, and Faye, 23 years.”

Surely he met with several episodes throughout his career. Could he share a couple? Mr Barry recalled “One day we got an urgent message that an oversized guest was stuck in his bath. I was informed by my staff that it was quite a chore to pull out that poor gentleman, who remained always shy afterwards when he met one of those who saved him from that sticky position.”

But one experience which made him feel very proud was when a guest suffered a heart attack. “We had just invested in a defibrillator and had trained the staff to use it. They immediately utilised the defibrillator and saved the gentleman. I still recall reading the letter of praise we received from the hospital who congratulated us and clearly told us that had it not been for our quick effective intervention, the guest would have died before reaching hospital. That guest still comes every summer with a small gift to share. But our greatest gift is to see him still alive and kicking.”

Radisson Golden Sands have won several awards. How does one feel at the top? “It is exhilarating to be at the top but then it is extremely hard to remain there. You cannot relax; someone else will take your place; So the top rung is a very burdensome and exacting honour. But competition is a normal thing. It is a healthy exercise. It sharpens one’s direction, energy, motivations… It makes you be more target oriented. We must essentially be target oriented: sales, costs, guests satisfaction, catering etc. We have to work passionately to achieve our targets.”

“It feels so good to be loved and appreciated. We have had shining accolades from booking.com and Trip advisor where we earn very high points. We have recently been voted as having the best Indian Restaurant in  Malta, Essence of India, which opened 2 years ago.  Some of the comments are refreshingly positive and give all the staff a great shot of adrenaline.”

Mr Barry then moved on to an interesting point. “There are many guests who come here for a week or ten days. It could be the family’s most expensive  purchase of the year. I always tell my staff: we have a great responsibility to make the guests’ stay special from the minute they enter the door. We have to make a difference. Uplifting of lives is a living Corinthia philosophy. This would be an essential part of it. And we have to do it passionately.”