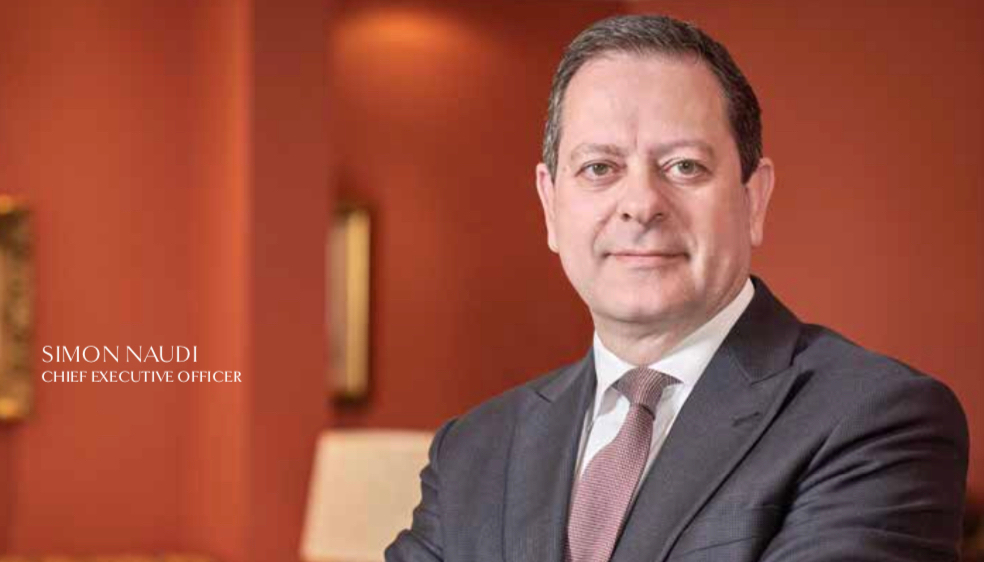 In the December 2018 Report and Financial Statements of International Hotel Investments p.l.c., you succinctly described Corinthia’s activity as “investors, developers and operators of luxury hotels and branded real estate”. This is quite a mouthful and certainly miles ahead of the initial steps of the Corinthia journey. Can I break that statement into sections? First of all ‘investors’; could you elaborate?

Corinthia’s involvement in the hotel industry extends to all corners of the industry. We are investors, we are developers and we operate hotels. Let us first concentrate on the investment aspect.

We invest in property. Our style of investment is not buying typically well performing hotels, which will obviously command big entry valuations. On the contrary, we identify opportunities where there could be distressed situations in the ownership, or a need of more investment for refurbishment, or some conflict or litigation amongst the owners of the property. In these situations, one aims to pay a relatively discounted sum for something which could, with further investment or repositioning, be eventually worth significantly more.

So for example in St Petersburg, Russia, what we actually bought was a loan in default owed by the former Soviet Union to the Ministry of Finance of Austria. This loan had been used to build the original hotel but had ended in default following the collapse of the USSR. We bought the loan in agreement with the successor asset owner, that is the Office of the President of Russia. We then foreclosed on the loan, in agreement, and took over the property and subsequently started the process of re-developing the hotel. In this particular instance, we also took the opportunity to buy into the ownership of four other adjoining palaces which were then being privatised, and which today house an extension to the hotel, an office block and a retail mall. 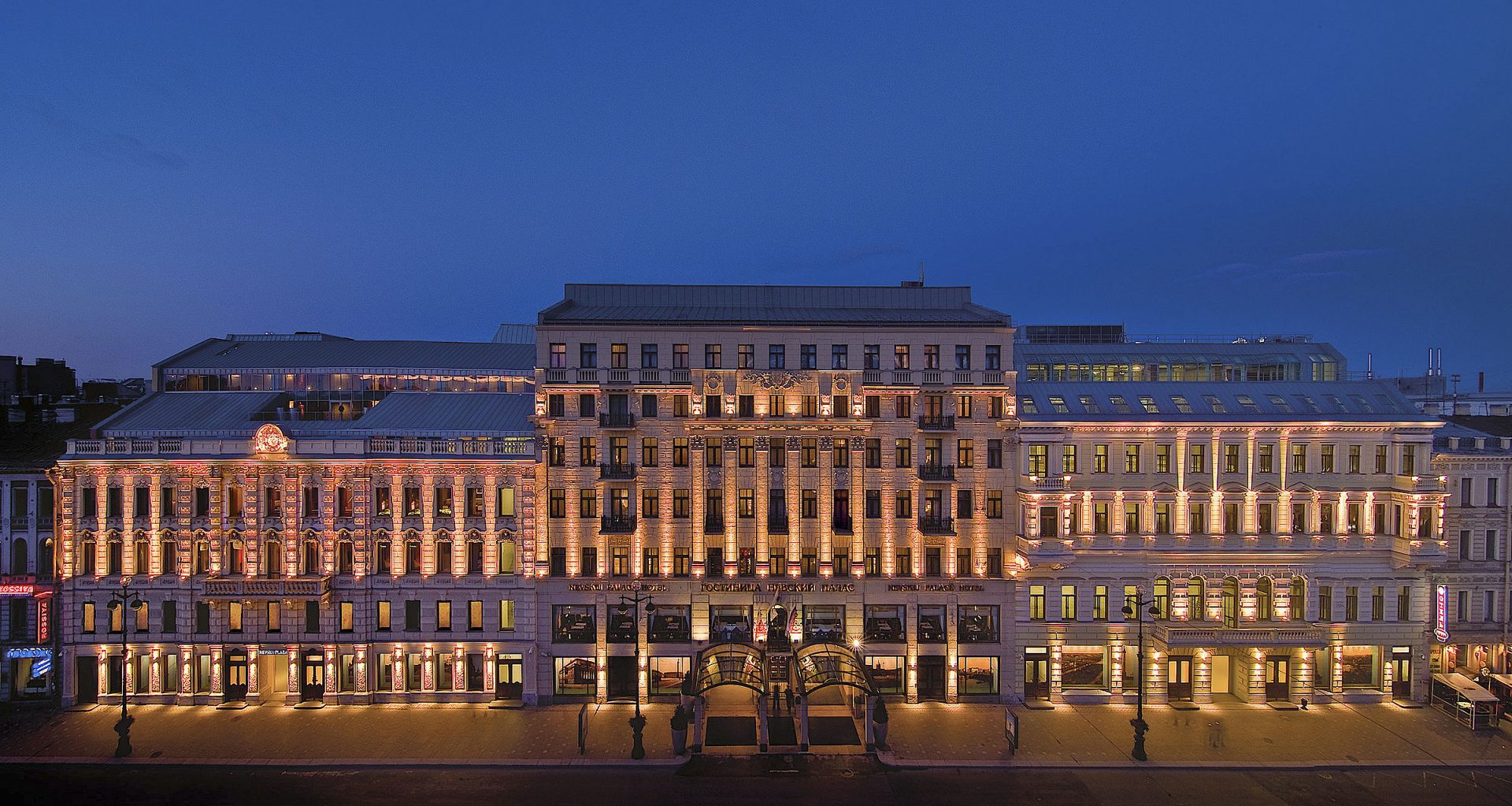 Same happened in Portugal, where we bought a loan in default, as well as the shares in the owning company. In Hungary we were attracted by the ongoing privatizations of state property which, to some extent, is also what we did in London, where we acquired a property from The Crown Estate with onerous development obligations, which we have of course entirely fulfilled. That is our style of investment.

The way we raise money for investment includes refinancing our current portfolio – we did raise equity from Dubai at one point in 2007- but mostly it is a recycling and use of our current balance sheet. That is our activity as an investor, which is why we like to say: “We buy well.” 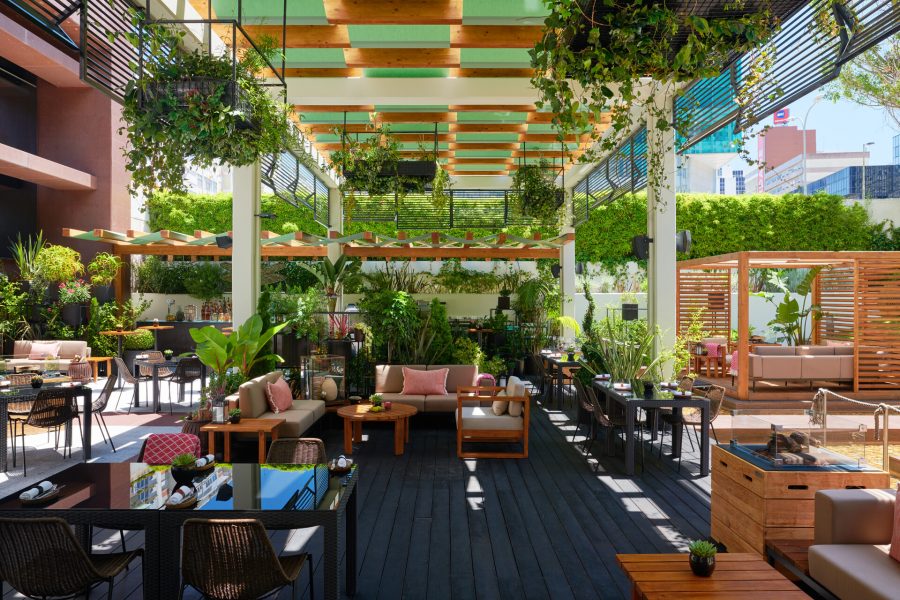 ‘Developers’ is the next activity. How does this feature in the set-up of the Corinthia Group?

A developer identifies a project opportunity, puts a team together, raises the money and sees the project through from its acquisition to its development and onward sale, if that may be the desire of the funders. Development goes beyond project management and construction. There is the legal side, financing, planning, marketing and all aspects of launching a successful business from a property development. And this is an area where, through our experience of investing in property, we have now developed to a point where we can identify opportunities and attract capital from third parties. Rather than putting the money ourselves, we raise the money through banks or through other investors. In Moscow, for example, we raised the money from a partner investor into a project we identified.

We take a good view of the property and identify what could be done to maximise its use. I can say that 9 out of 10 times we look for properties for development which include an element of real estate and not just a hotel. So, in St Petersburg, as I have explained, we have a shopping mall and offices, and similarly, we will have residential, retail and offices in Moscow. We have a residential development in London, residential in Corinthia Budapest and an office block in Tripoli. 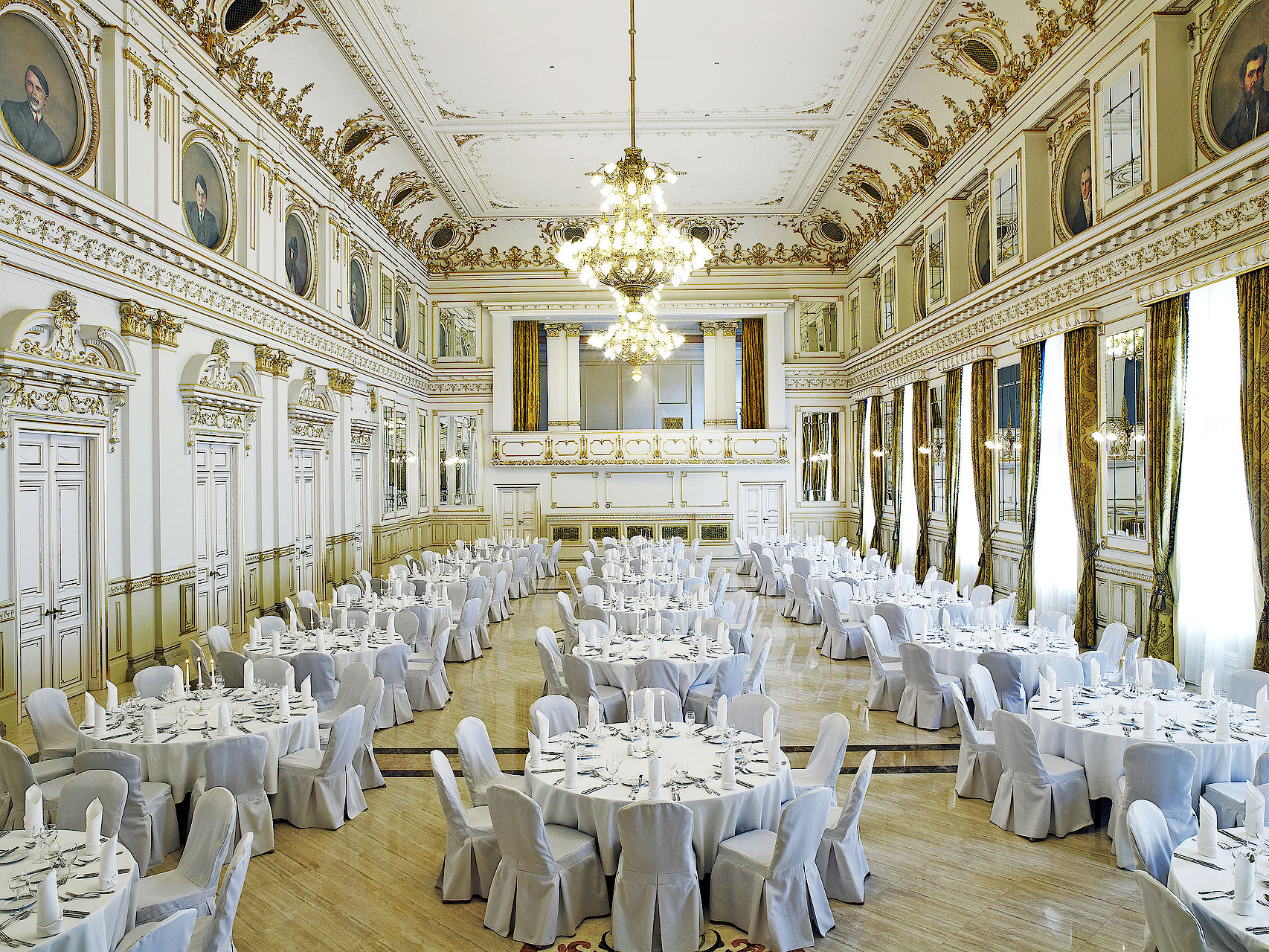 Why do you favour a mix with real estate?

Hotel income could be seasonal, depending on the country, and could be subject to various market forces. A rental income from retail or offices is relatively more stable.

There are many investors in the industry, for example sovereign funds, pension funds, hedge funds, equity funds, but very few of these would operate properties themselves via their own brand, indeed many funds actively take a position on what wishing to take any involvement.

There are of course many developers, but most operate locally in their home countries; so you would find British developers in London, Russian developers in Russia etc. There are only few developers who are cross-border. Development implies capability and ability to work at grass root levels in local communities, to have a track record and to raise money and convince banks to lend. So here, too, as an international developer we are in the company of a very limited pool of companies.

Finally, you mention “operators”. Do you mean Corinthia also operates property in which it has no shareholding?

Our final point in our profile is to run and manage hotels. That is where the brand Corinthia Hotels comes in. Managing hotels has two sides to it. On the one hand it is what it says on the can, that is actually operating hotels, and so allocating a management team, making sure the management team provides the right leadership and employs oversight and acumen in running that hotel, making sure that costs are relative to what they should be, and effectively giving the service commensurate to the brand, which, in our case is a five-star luxury brand. So, obviously, since we run hotels as a Corinthia hotel, our management in such hotels have to make sure that the service delivery, the product and the maintenance and upkeep and training management and all that goes to make a successful hotel reflect the standard of the brand and, more important, the ethos of the brand. So the spirit of the company which we emphasize is as important. And we want our investors to understand this. That is what fuels the energy that gives our colleagues inside the hotel the added focus on what it means to be a Corinthia Hotel.

The other side is marketing. The value of a brand and the value of Corinthia Hotels to a hotel owner is the fact that Corinthia has a global infrastructure for sales, marketing, PR, revenue management, through which the hotel will attract new customers. This, today, is an increasingly important part of what a hotel management company does. Some other management companies have actually made this their main reason of their existence. When we speak of huge global management companies, such as for example Marriott, the service they offer to the hotel owners is all about marketing, through their repeat customers and their international reach. From our end, we still like to keep as much focus on the operation as on marketing, but marketing is the prime reason why a hotel owner would appoint a brand to run his hotel as opposed to employing a general manager himself. On that front, Corinthia has an entire infrastructure with sales offices around the world, a distribution platform online, and we are now shareholders of the Global Hotel Alliance, which is another avenue for sales in terms of a loyalty programme shared by 28 five-star hotel companies and chains. We are as good as any in the field of running hotels and marketing hotels. In fact, I like to think we have that added value which flows from the inner spirit of the organization. 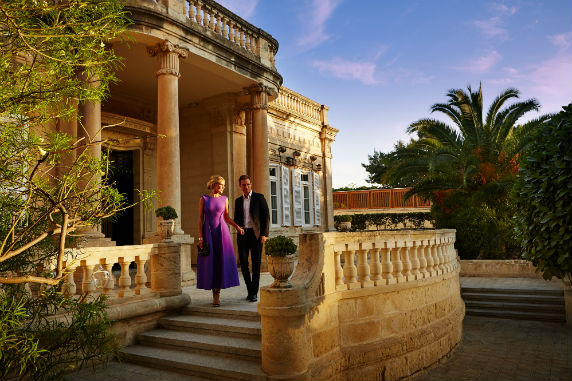 This situation seems quite a unique one. It seems like a grand scale one-stop service. Am I right?

I think you are right in saying we are in a unique position. I am not one who likes to use the word ‘unique’ and I often remove that word from our marketing materials. But in this case, when describing our business model, it is actually quite true to say there are very few companies worldwide which have an investment focus, a development focus and an operating focus. There are perhaps a handful of similar companies in the world and possibly many of them smaller than us. From this angle, yes, Corinthia has this uniqueness to it, which is part of our arsenal in growing the company.

This is truly an asset to us. When potential investors, or co-developers or hotel owners look at us, they see not just an operating company but they see us also as someone who has the experience of being an investor himself and therefore enriched with a mature approach to costs and investment. It is a huge advantage when we sit with partners or hotel owners who do not see us as somebody who will spend their money at all costs but perceive us as somebody who would spend money as if it were their own.

Can you briefly explain what the term ‘branded real estate’ involves?

What I have been speaking about covers hotels but increasingly, especially in new developments, we encounter the concept of branded real estate, that is residential. We come across hundreds of developments around the world where people are building apartments in a mixed development that includes a hotel.

The reason why that is done is twofold:

1. The hotel brings the brand and name. It is logical that that brand and its standards extend to the residential part. One who is buying a Corinthia apartment, automatically assumes that the product is as good as the Corinthia Hotel. This obviously helps in the marketing.

2. There is also servicing, whereby a hotel component within a residential development provides a platform for cost-effective service for oversight, security, and management not only of the development itself but also service in the use thereof.

In London – just to give an example – those living in the Corinthia apartments we have sold are living as if they were in the hotel next door. They can pick up the phone, call for housekeeping or room service or speak to the concierge, as opposed to someone living in an apartment who does not enjoy such service. That is the added value. 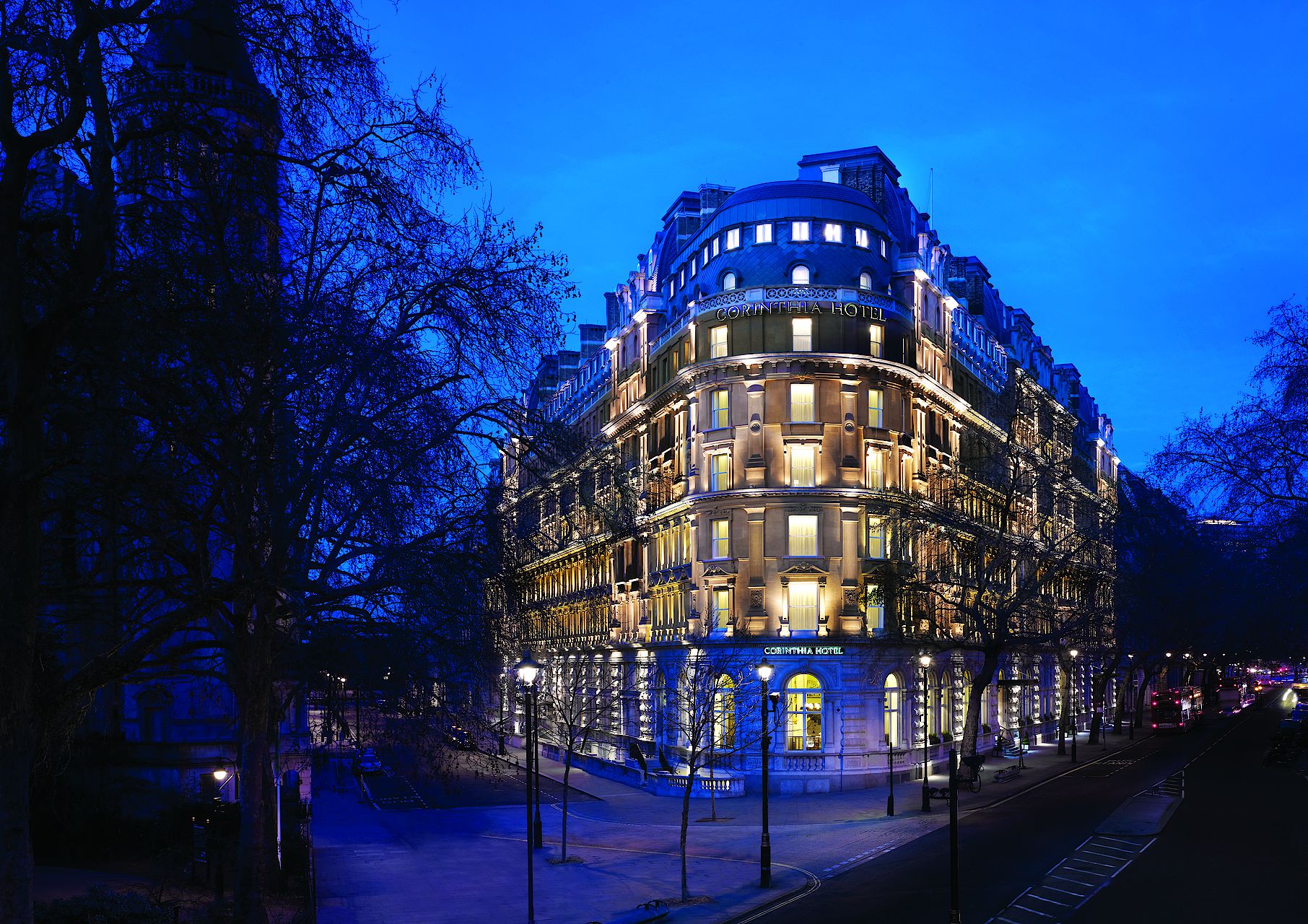 As the world gravitates more and more in all sectors towards brands, and as the power of brands as a guarantor of standards and service grows, this is also much alive in the field of real estate. 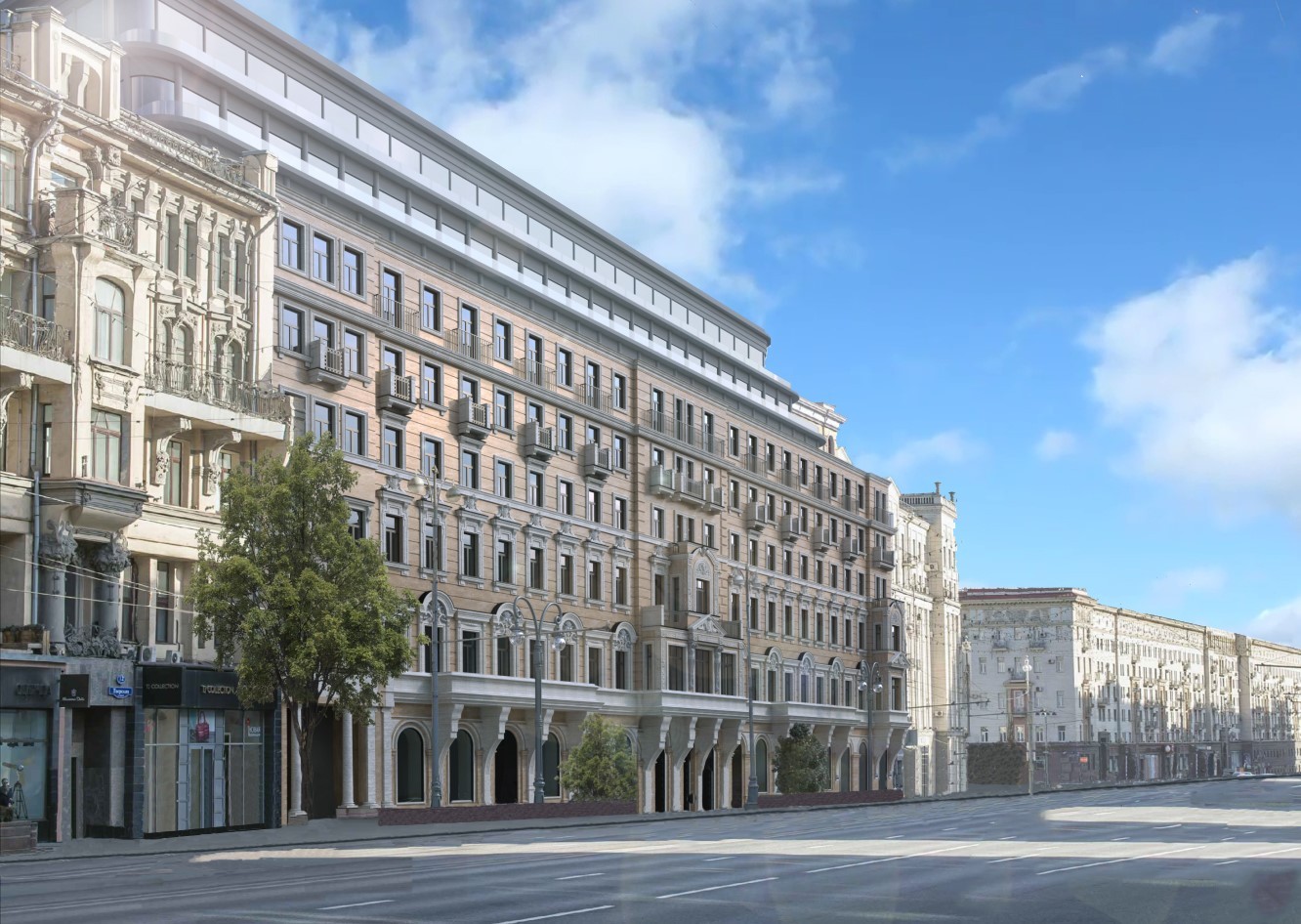 Our next project of this kind will be in Moscow, where we are building a luxury hotel and 100 apartments that will carry the Corinthia name and will be serviced by the hotel. When you compare those 100 apartments with other apartments for sale in Moscow, ours will have the advantage of a brand name that would guarantee the standard in the construction and the ongoing service you would enjoy in a Corinthia hotel.