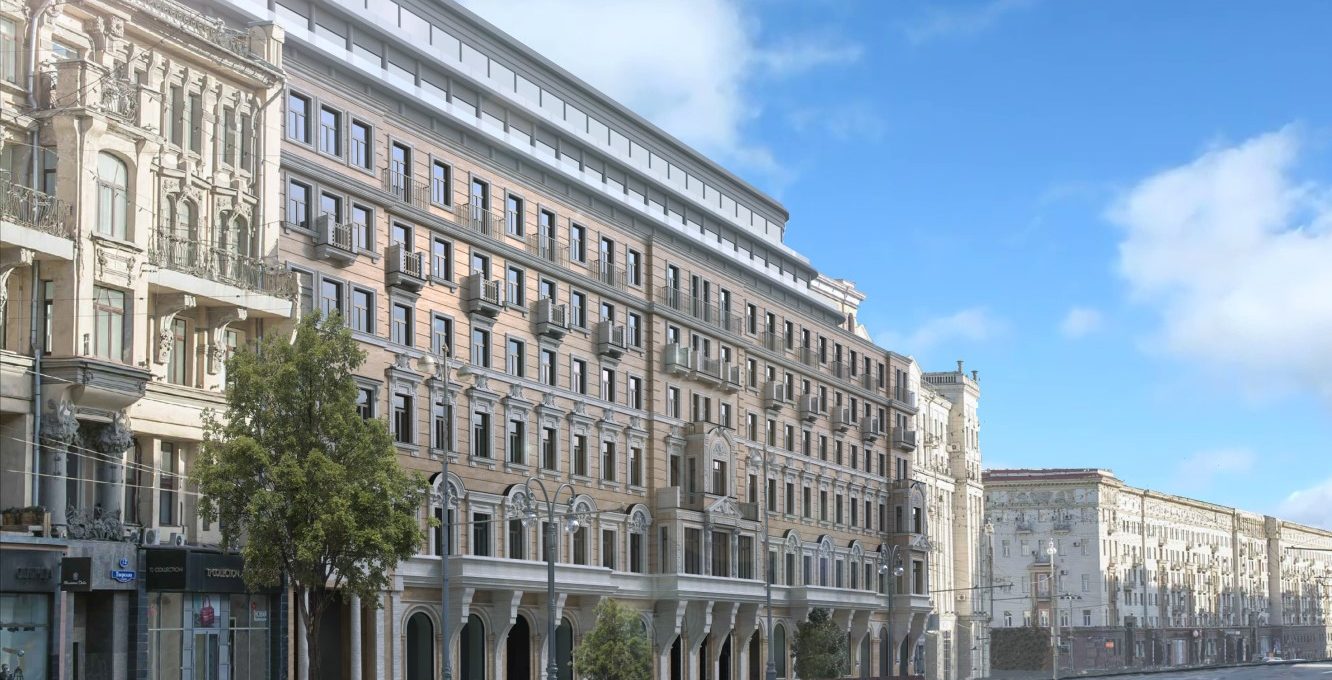 10 Tverskaya is Corinthia’s latest venture in the Russian Federation. It is sited in a most prestigious boulevard in Moscow, leading to the Red Square, the Kremlin and the city’s prime office centres. This building oozes history and can easily be the subject of an exciting historical novel.

The story begins in the middle of the 19th century. Ivan Maximovich Filippov, a famous baker, acquired property that previously belonged to the noble Saltykov’s family. His products were known all over Moscow, including the imperial residence of the Tsar.

In 1911 Dmitri Ivanovich Filippov, the son of the famous baker, built a four-storey luxury hotel, named Hotel Frantsiya, which incorporated the Filippov Cafe`.

This iconic cafe` weaved its way also into literature. In 1915 the Russian Nobel Prize-winning author, Ivan Bunin, wrote a short story titled Kasimir Stanislavovitch. He portrays his main character strolling past the Strasnoy Monastery. Then “for about an hour he sat at the Cafe` Filippov, drank chocolate, and read old comic papers.”

The October Revolution of 1917 changed the scenario and the hotel was renamed Hotel Lux. When Communist International (Comintern) was founded in 1919, the clientele became essentially international. Many German communists who had fled Nazi Germany lived in exile in Russia and stayed in this hotel, which was further enlarged in 1933. 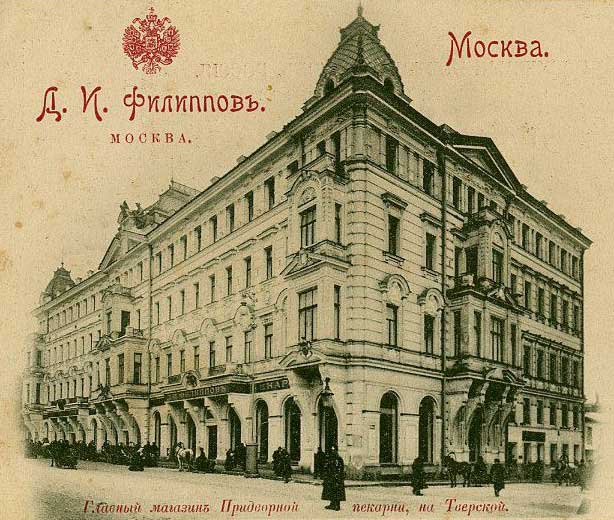 During World War II, all the hotel residents were evacuated and new residents only started trickling back early in the following year. Later, in 1953, the hotel changed its name to Hotel Tsentralnaya (Central Hotel).

With the fall of communism in the Soviet Union in 1991, business offices were introduced in the lower floors but hotel rooms in the upper floors remained. The hotel name remained the same until it changed hands in 2007. The street, which had meanwhile changed its name to Gorky Street, reverted to its original name, Tverskaya.

Then on 4 February 2019 Corinthia announced it had acquired a minority shareholding in a consortium to purchase this landmark property, which has a listed facade and houses the iconic Filippov Bakery. There are permits in hand allowing up to to 43,000 square metres of development behind the retained frontage. Corinthia also announced that the consortium planned to create a luxury 52-suite boutique Corinthia Hotel and residential serviced apartments. The historical facades and  interiors of the hotel complex will be restored and reconstructed.  Naturally, the legendary Filippov House with the bakery, candy shop and coffee house will also be maintained.

What a page-turning history! One can imagine the earlier building and former occupants against a background of fluctuating waves of history of this great country, which has produced some of the best names in music, literature, ballet, theatre, philosophy, art and science.

Corinthia’s new venture in Moscow is not a first in the Russian Federation. In 2002 the company had acquired and later redeveloped five historic properties on the main boulevard in St Petersburg, where the company now owns the Corinthia Hotel St Petersburg, the Nevskij Plaza Retail and Commercial Centre, and other commercial property.

Looking ahead with his typically undaunted vision, Corinthia Chairman, Mr Alfred Pisani, stated: “Our Moscow project will consolidate our Brand’s positioning at the top end of the Russian luxury hotel market.”

History beckons an exciting twist in the story of 10 Tverskaya. And the Corinthia family is proud to be an important part of it.