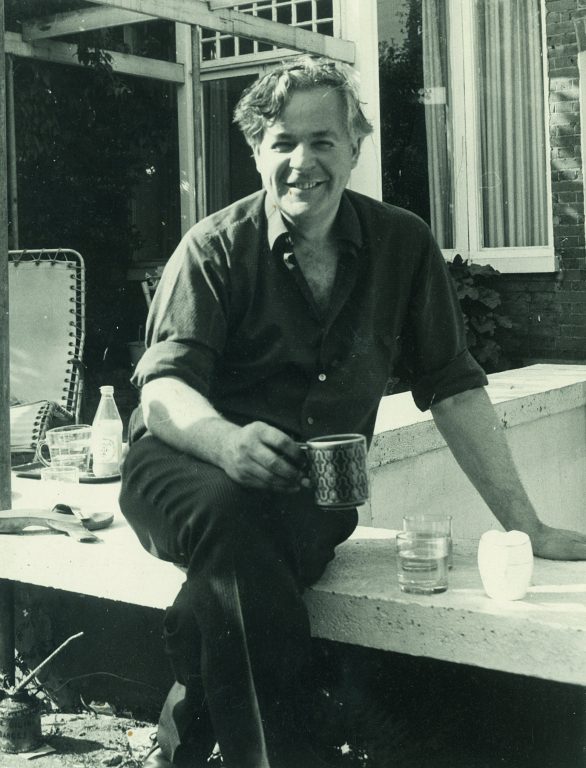 A few days ago, Insider Plus received the sad news of the death of Architect Nigel Farrington, an English gentleman, who died at the venerable age of 94.  This gentleman was engaged way back in 1965, when Corinthia Palace in Attard was being planned. It was thus the natural and obvious thing to contact Mr Alfred Pisani, Founder and Chairman of the Corinthia Group, to share with us some recollections about Mr Farrington. Mr Pisani’s memory is admirable. We had no sooner named Nigel Farrington than he glided through his memory box, clearly recalling incidents dating fifty-five years ago.

“I clearly remember contacting Nigel Farrington, already an established architect, who I had got to know purely by accident, and asked if he would be interested in assisting us in the Space Flow and Interior Design of the Corinthia Palace Hotel, which at that stage was just a vision. We needed a professional injection of knowhow and ideas since our experience in this field was extremely limited by any stretch of the imagination. The architectural and structural engineering was already entrusted to Architect Dom Mintoff. I felt strongly on the need to bring on board this added knowhow and contacted Nigel who flew over to Malta by nightlight, and we met for early breakfast at the Astra Hotel in Tower Road, Sliema, to discuss my vision and what I wished his services for.

His professionalism was evident from the start and in my heart of hearts I had quickly decided in his favour, but only expressed my favourable disposition after we discussed remuneration. I still remember the figures: he asked for £22,000, and I managed to reduce that to £15,000. Still a hefty sum in Malta way back in 1965, but it was well worth it.

Nigel worked assiduously and we discussed several issues and aspects in the process. My immediate worry was how to convince Mr Mintoff that Nigel’s injection of ideas was needed, but in reality, that did not prove difficult. Nigel supported the project beyond what I thought I needed and went as far that some nine months before opening, he and aided by another gentleman from his office, Peter Parr, took up continual on-site responsibility until the hotel was complete in March 1968, to then open in April.

Many years later, I again contacted Nigel when Corinthia was involved in the building of the Jerma Hotel in Marsascala, in the south of Malta. I again engaged Nigel to assist in the space flow and interior decoration and, this time, also as an assistant architect to the architectural office run by Louis Naudi, when for respect, I phoned the Prime Minister Dom Mintoff, that I wished to show him the drawings before proceeding.  I was ordered to meet at Castille at midnight when the PM lost his cool and said with the first big storm the hotel will be washed away and so immediately ordered that the building should be pushed further up 40 feet. Little at the moment did I realise that this repositioning of the hotel would land me in a tremendous legal wrangle, but then this is another story.

On completion of the Jerma Hotel we had little reason to meet but I still treasure wonderful memories of that gentleman’s professionalism, clear vision and dedication to his work.

May he rest in Peace.”