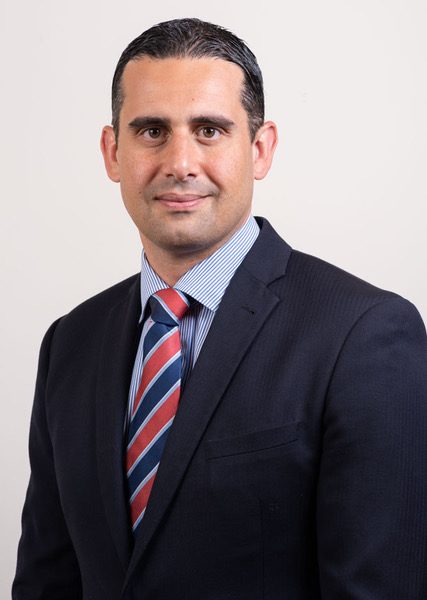 He wakes up at an unearthly hour – 5 am. Within minutes he is out for an hour of very brisk walking. That builds up the adrenalin he requires for a long and hard day’s work ahead. He then prepares himself for work and leaves for IHI’s Head office, Europa Centre in Floriana, Malta, where he arrives around 7.30am after a longish drive from Mellieha in the North of Malta.

His work background before joining Corinthia is an exciting one. He graduated in European Studies from the University of Malta and also holds a Masters in European Politics and Administration from the College of Europe in Bruges, Belgium. He then occupied senior positions at the Ministry of Foreign Affairs and at the Office of the Prime Minister in Malta and later served at the Permanent Representation of Malta to the EU in Brussels where he also occupied the post of Chef de Cabinet. He subsequently joined the European Union Civil Service where he held the senior management role of Head of Communications and Stakeholders at the European Asylum Support Office and also headed the Board secretariat of the agency.

No connection at all with the hospitality world. So, what led him to join Corinthia? He admits with a smile that he had no intention whatsoever to do so until one day, in February 2018, Mr Alfred Pisani, Chairman of Corinthia, phoned him up for a chat. “He is very convincing and has a charming personality. Before I knew it, I was signing my contract with Corinthia.”

Mr Jean Pierre Schembri looks back at that moment with a certainty that he did the right thing. He started by holding the position of one of the most senior Executives within the Company. One of his roles is that of assisting Chairman, Mr Alfred Pisani, in his day-to-day work. This horizontal role allowed him to quickly acquaint himself with the various aspects of the business. As from 1 July 2019 he took over the duties of Company Secretary of IHI from Mr Alfred Fabri who has offered sterling work for Corinthia for many years.

Mr Jean Pierre Schembri’s past experience with the EU and diplomacy helped him in no small way to use certain disciplines well-known in the EU institutions, such as transparency, integrity and accountability. These are essential in his new post and duties.

The term Company Secretary could be misguiding for some who could mistakenly believe this post to be merely secretarial. The Company Secretary, like the Directors, is also an officer of the company but unlike them his role is also administrative and regulatory.

Mr Schembri offers a hint of what his duties include:

– duties in relation to the shareholders and bondholders, such as ensuring proper communications, seeing to the proper keeping of a Register of Members (shareholders) and a Register of Debentures or bonds , submitting several documents to the Registry of Companies, preparing the accounts and financial reports, annual returns, changes in directors, ensuring compliance with relevant Market regulations etc.
– duties in relation to board meetings and general meetings, such as organizing and keeping the minutes of the annual or extraordinary general meetings and any board meetings carried out by the Directors, and following up on the decisions of the board
– duties in relation to the officers and auditors of the company, including providing regular information to the auditors. 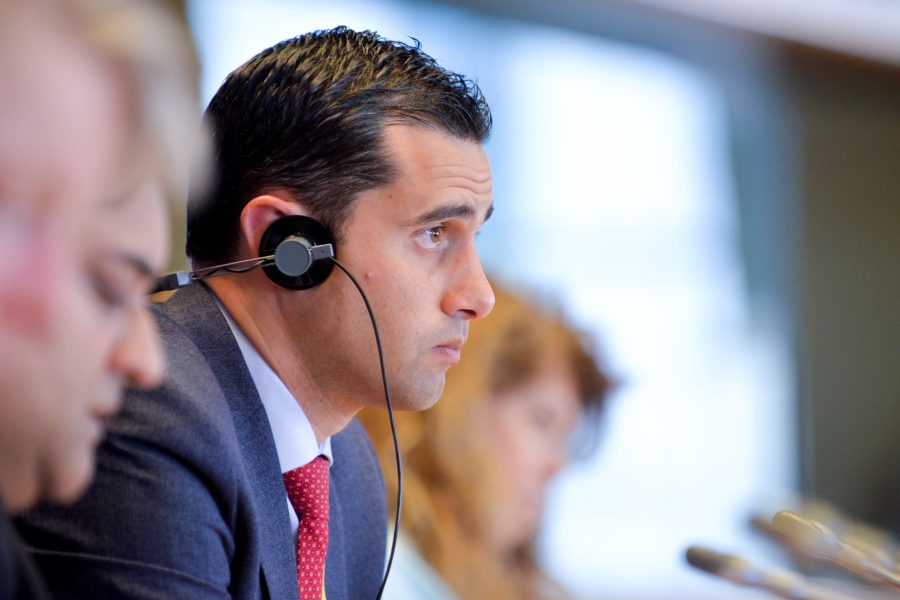 He adds: “The role of a company secretary of a listed company – like IHI – has become very onerous because of the myriad and ever-increasing regulations issued by the local Regulators and the European Union.”

Besides IHI, his work also involves all the companies falling under IHI as well as other companies forming part of the Corinthia Group. Quite a handful! He is quick to add that “every hotel which we have has its own board committee and in most cases I am also in charge of those boards.”

How does he ensure retaining a live line with the shareholders? “Shareholders and potential investors need to be well informed of the goings on of the company on a regular basis. Naturally this existed efficiently before I took up these new duties but, as is normal, one tries to better them and also make use of modern technology. We have just launched a newly refreshed IHI website, which will be more user-friendly for shareholders, investors and the general public. Just as an example all company announcements, press releases, reports and accounts and similar documents will be only a click away from all. We are now also resorting to the use of social media. Our Insider Plus is also another tool of communication. It was originally a collection of printed articles in a magazine sent to shareholders. Now we are regularly publishing articles on our Insider Plus website plus also collating the best or more appropriate articles in a printed magazine twice or three times a year and sent to our shareholders. Why also printed? Because we are aware that many of our shareholders are not acquainted with the use of computers. I need to add that as Company Secretary we issue several press releases and company announcements to keep shareholders up to date.”

The obvious question is how does such a man relax after his long working hours and several work trips abroad? Mr Schembri smiles: “With my family, in particular my two-year-old son, Andrew. He keeps me younger.” Mr. Schembri plays football, though not as often as he would like to do. In summer, when he finds time, he goes boating in his pleasure boat.

“I see my post as a key one in the challenging times Corinthia is passing through. These are very interesting times to be here. There is so much energy to expand further and explore new horizons. We have the enthusiasm of a young person but the experience and wisdom of a mature person. We have all the elements to succeed. The ingredients are here, and I am very confident Corinthia will grow and expand. This would not only benefit Corinthia but also Malta.”