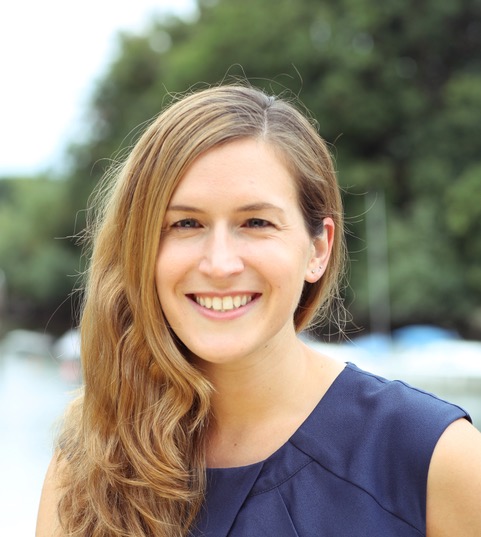 Ms Camilla Colley, Brand Communications Manager, leads the development and implementation of the Corinthia communications strategy internationally. Ms Colley held a variety of senior PR and communications positions in the hospitality industry before joining Corinthia last year to evolve the brand communications function across the group. She focuses both on the hotel company’s existing portfolio and new launches and works closely with the individual hotels to align activities and plans.

You have a passion for storytelling. Does this help you when launching or strengthening a brand?

Do you believe Corinthia has all these three attributes?

Fortunately Corinthia Hotels has all three attributes in abundance due to its Mediterranean, family-run heritage and commitment to providing uplifting moments and unforgettable experiences for guests. Through our communications we aim to strengthen awareness and coverage of the portfolio in carefully selected media (both online and offline) and create consistency in our messaging, communicating each hotel’s unique story while positioning Corinthia as a leading luxury hotel brand. From driving momentum for the existing portfolio by communicating key news to creating unique stories through inventive partnerships to PR strategy for the growth of the portfolio and its new hotels.

Is it not easy for a message to get lost amongst the thousands of messages we are continuously bombarded with?

In today’s fast-paced digital world, the number of messages consumers are exposed to per day is increasing while average attention spans are decreasing, so it is essential to provide captivating communications.

People like people, so we often use Corinthia’s leading figures to express our brand story. Recent examples include an interview with founder Alfred Pisani on developing a global luxury brand in LUX Magazine and a conversation with CEO Simon Naudi on the Hotel Designs website covering the Corinthia portfolio, expansion plans and the future of hospitality.

CEO Simon Naudi was also recently quoted in an article in the prestigious New York Times about standing out in the increasingly saturated hospitality world. The article mentions Corinthia London and the forthcoming openings. Crucially, Corinthia was included alongside leading brands from W Hotels and Ritz Carlton, to Nike and Apple. 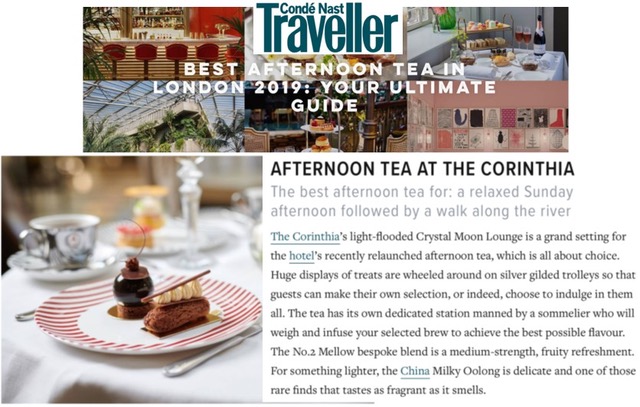 Corinthia is also very well established in the catering industry. How actively do you target this?

Our food and beverage offering is another key area for us to leverage coverage. Last year, Kerridge’s Bar & Grill launched at Corinthia London with acclaimed British chef Tom Kerridge. Extensive coverage has resulted in over 150 mentions since launch across a range of sought-after media. Glowing reviews have been published globally, including the Financial Times (UK, Europe and Asia editions and its Weekend and How To Spend It magazine supplements), The Telegraph, The Times, GQ, City A.M, the Evening Standard, US publications Celebrated Living and Luxury Travel Advisor, Maltese food magazine Gourmet and leading German travel publication Traveller’s World.

A year on from opening, Kerridge’s Bar & Grill continues to be featured regularly in round-ups such as ‘The Best Sunday Roasts in London’ on the prestigious Condé Nast Traveller website and ‘The best tables in London restaurants’ in ES Magazine (Table 11 in case you are wondering).

One of the UK’s top restaurant critics, Giles Coren recently reviewed The Northall very favourably in The Times Magazine, where he highlighted André Garrett’s new menu, the service and elegance of the restaurant. It was a wonderful achievement to receive such a glowing double-page review in this esteemed publication.

The refreshed afternoon tea offering in Corinthia London’s Crystal Moon Lounge continues to go from strength to strength and extensive coverage ranges from mentions in US magazine Travel + Leisure and A&E Middle East to round ups of the ‘Best afternoon tea in London 2019’ on the Condé Nast Traveller website and ‘London’s best luxury afternoon teas’ on The Telegraph’s website.

At Corinthia Lisbon, Erva restaurant and its authentic Portuguese cuisine has been well received by the media since launching last year. Prestigious US website Forbes.com included Erva in its round up of Lisbon’s ‘10 Top New Restaurants’ and Breaking Travel News has praised the cuisine. The restaurant has been hailed as a ‘culinary destination in its own right’ by The Telegraph.

Meanwhile, Brasserie & Atrium restaurant at Corinthia Budapest continues to be mentioned favourably across media outlets such as National Geographic Traveller magazine and US magazine Hotels. The latter has praised the ‘top-quality ingredients, modern environment management and sustainable development’ at the core of the restaurant’s farm-to-table initiative.

Also at Corinthia Budapest and Corinthia St George’s Bay is Caviar & Bull, the upscale restaurants from acclaimed Maltese chef Marvin Gauci. The restaurants are recommended in destination guides and round ups. A notable example includes an article on US website CNN highlighting the best restaurants in Budapest noted Caviar & Bull has become one of Budapest’s finest dining spots and praised its ‘meticulous food craftsmanship and contemporary touches’. 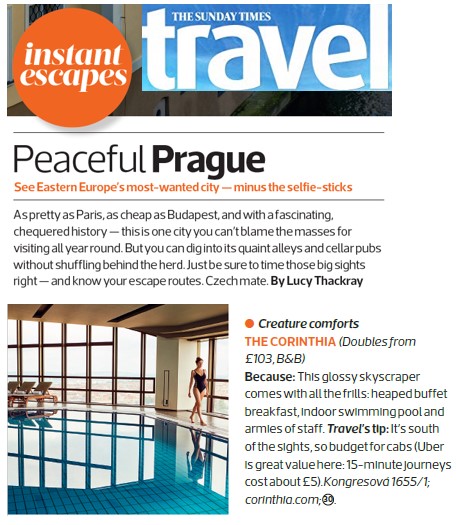 Do you also cover the world of wellness which is growing fast?

We recognise that wellness is extremely important to our guests, who are looking for ways to unwind or recharge in their increasingly busy lives – and we therefore strive to innovate in this area. Corinthia Lisbon has been featured in UK magazine Cosmetic Business News in an article exploring brands which are leading the way with wellness for children. The Spa has also just launched Portugal’s first Pedi:Mani:Cure Studio in partnership with internationally acclaimed French podiatrist Bastien Gonzalez which has received global coverage. Additionally, The Spa’s Signature treatment Portuguese Journey which uses local ingredients has been featured in a Vogue Arabia article highlighting ‘The Most Unique Spa Experiences from Across the Globe’.

ESPA Life at Corinthia London is internationally recognised and is always prominent in articles highlighting the best spas in the city. Recent round ups include a Telegraph piece on ‘Pamper palaces: 12 of London’s best hotels with spas’, an Esquire online piece on ‘The Ultimate Guide To Luxury London Hotels With Pools’ and a Stylist magazine feature on ‘Luxury hotels in London with a pool’.

It’s not just London with exciting spa news though – in Malta, Corinthia Palace Hotel & Spa is transforming their Athenaeum Spa. They have been working with world-renowned interior designers Goddard Littlefair and it is scheduled to open in spring 2020. We have already gained coverage in Spa Business, Hotel Space online, Travel Weekly, Hospitality Design and Luxury Travel Advisor, and more is yet to come.

You are obviously well aware that experiencing at first hand is the best form of advertising. How do you promote this?

One of the best ways to achieve quality coverage is for journalists to visit the hotels to experience the wonderful stories for themselves, therefore press stays are a fundamental part of our global PR activity. Recent examples include an excellent review of Corinthia Budapest on US website Forbes.com titled ‘For The Epitome Of European Chic, It Has To Be The Corinthia Budapest’, a four-page city guide which includes Corinthia Prague in the UK’s Sunday Times Travel Magazine and a glowing full-page review of Corinthia Lisbon in TTG Luxury magazine. Recent reviews for Corinthia London include a glowing online piece on the Condé Nast Traveller website a double page feature in Architectural Digest Middle East and the popular Swiss magazine Schweizer Illustriete. 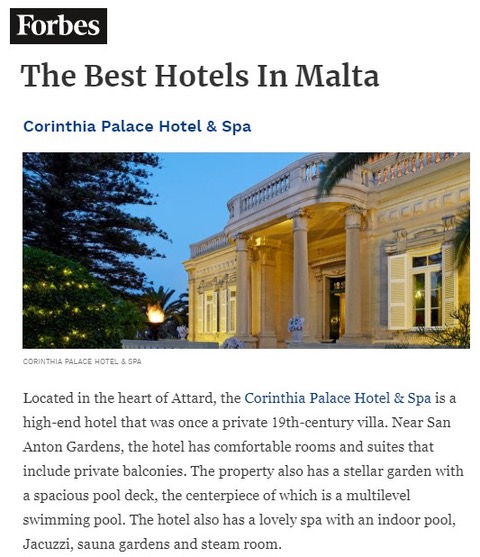 Once we are on the radars of journalists, we often get further mentions in round-ups. Corinthia Palace was recently included in guides to ‘The Best Hotels in Malta’ on The Independent’s website, Forbes.com and The Luxury Editor. Corinthia St Petersburg was included in a round up of ‘8 opulent hotels for a luxury stay in St Petersburg’ on The Telegraph’s website. The article was also published on Yahoo.com which has a potential online reach of millions of consumers each month. Corinthia Budapest has been included in two city guides to Budapest on the widely-read US website CNN (The Ultimate Wellness Guide to Budapest and 10 of the Best Restaurants in Budapest)

Corinthia has won several international awards. This must be an attention grabber.

You are right, awards are another way to spark interest in our brand and give journalists something to put on their news pages. In 2019, five Corinthia Hotels won eight accolades at the World Travel Awards (Corinthia Budapest, Corinthia London, Corinthia Palace, Corinthia St Petersburg and Corinthia Prague). It was a tremendous achievement for the hotels to be recognised in these prestigious awards and the news was received well by the media. The awards have been referenced in various articles from a TVM Malta article to US website Travel Pulse which notes that Corinthia Palace was named Malta’s Leading Hotel for the 11th time.

There will be much more Corinthia news in 2020 and we look forward to communicating the next chapter. The media moves quickly and what works now might not work in six months’ time, but that’s ok. We review trends and developments regularly to keep informed and remain flexible. The media never stands still and it’s important we don’t either!