The driving force behind the remarkable charitable efforts of Malta’s Corinthia Palace Hotel, Marisa Xuareb is a legendary member of the Corinthia family

As administration manager, Marisa Xuereb is dedicated to the smooth running of the Corinthia Palace Hotel, but her role doesn’t end there. Marisa is one of most familiar faces at ‘the Palace,’ the first ever Corinthia hotel that opened its doors in April 1968. From welcoming guests with her trademark smile to organising the property’s Christmas and Mother’s Day fairs,  she’s a stalwart member of the team, whose service dates back to 1991 when appointed PA to the general manager. “I have to admit that I’m part of the furniture now,” say Marisa, “but I wouldn’t have it any other way. There’s an unparalleled family atmosphere here, and, though people come and go, there’s a tight bond between the core members that makes it a truly wonderful place to work.”

However it isn’t only Marisa’s admin skills that have defined a huge part of her career – but her home life, where she is mum to two adult children, including her 22-year-old son Adam, who has special needs. It was Adam that inspired her to start her charity work. “When I found out he had a brain injury, I had no idea how life would turn out,” she says, “so I made contact with other parents and started to take him along to the Institute of Brain Injured Children in the hope that it would help him, and us, to cope. As a result, I helped set up the Step By Step Foundation with other parents, to offer support to families going through similar things, and I soon found myself in the role of president of the organisation.  “It became a huge part of my life, and I would leave work after a full day to provide Adam with three-to-four hours of support in everything from cognitive and physiotherapy to occupational therapy. It made a very positive difference to his life, and mine.”

Marisa first heard about Beyond the Moon (BTM) – the charity that would become integral to her life in 2006. Back then, Corinthia Hotels International chose BTM as the Group’s official charity, and each property was asked to nominate a champion to oversee fundraising.  “Nicky Borg, the general manager at the time, nominated me because he knew I loved charity work. I instantly connected with Beyond the Moon – which gives seriously-ill children and their families that chance to enjoy an overseas holiday together, far from the stresses of hospitals and everyday care. We started fundraising almost immediately.”

In the years since, Marisa and the Corinthia Palace team have raised over €85,000, enabling 12 families to take a holiday. “The fact that we fundraise for BTM means we also get to nominate the families that get given the holidays,” Marisa says.  “We’ve managed to help some truly incredible people over the years, including a family with two brain-injured children, who were even allowed to take a third adult along to help with the obvious logistical challenges. One another occasion, we helped the family of one of our own team-members; sadly, that child passed away just a few weeks after returning from the holiday, which made it all the more important for them to share an experience like that together.”

“Marisa and the Corinthia Palace team have raised over €85,000, enabling 12 families to take a holiday.”

Today, Marisa’s life is intricately connected to Beyond the Moon, and a substantial part of her role at the hotel is linked to her fundraising efforts. She has also developed a close friendship with Pascale Somers, the charity’s vice president and co-founder. In fact, this led to a highlight a couple of years ago when Marisa and her family were gifted a Beyond the Moon holiday of their own, which coincided with the charity’s 10th anniversary celebrations in its base country, Belgium. “Being able to travel together as a family of four was incredible,” Marisa says, “and something we could never have imagined on our own. It is very hard work being the parent of a child with special needs so the chance to relax together was wonderful.”

Looking to the future, Marisa can’t picture her life without some sort of charity connection – after all, she gets so much satisfaction from helping others. “I’m very grateful to the hotel for giving me the space to work on charitable projects – whether that’s through our fairs, furniture sales or internal fundraisers. The whole team has really taken Beyond the Moon into their own hearts and grown to love it too.”

Families with a sick child constantly cherish the hope for better times and more enjoyable moments. Carefree family vacations offered by Beyond the Moon give them the energy they need to experience joy in their lives and continue their daily struggle against their disease. To find out more about how you can support the work of Beyond the Moon, go to www.beyondthemoon.org

Across the Corinthia group, the company’s environmental sustainability is championed through its partnership with international water-aid charity Just A Drop. Since 2014 Corinthia has brought life-changing clean water to more than 40,000 children and families across five Just A Drop projects, the most recent in Zambia and Tanzania. 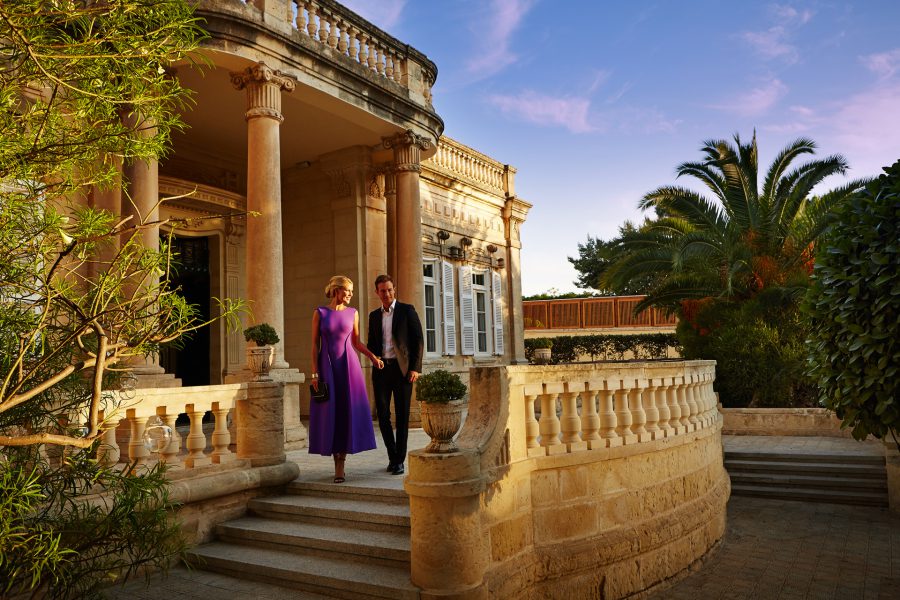 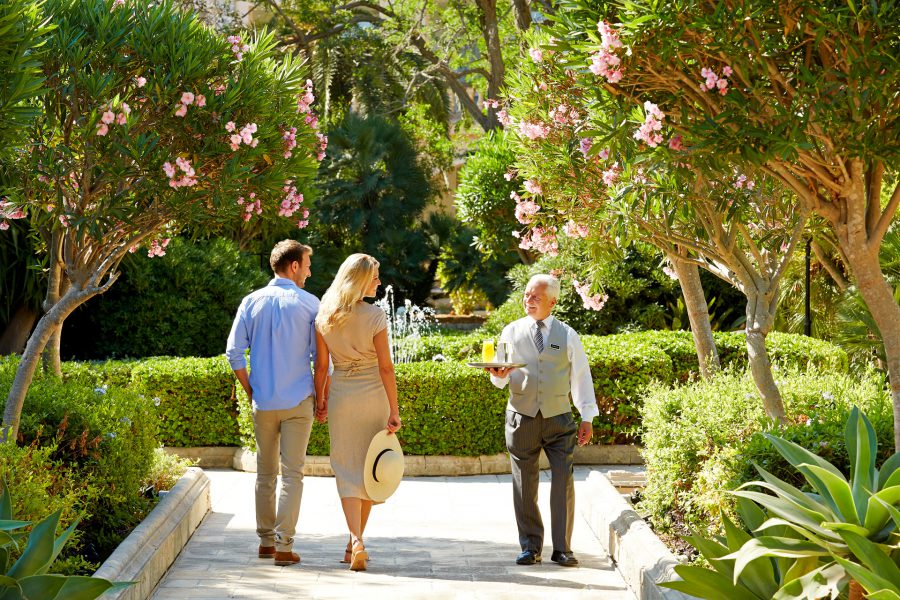 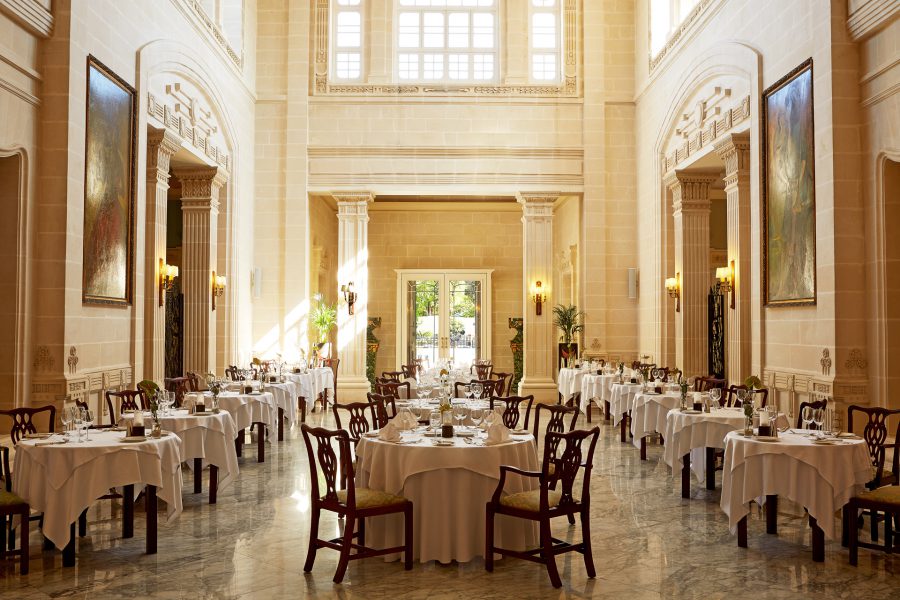 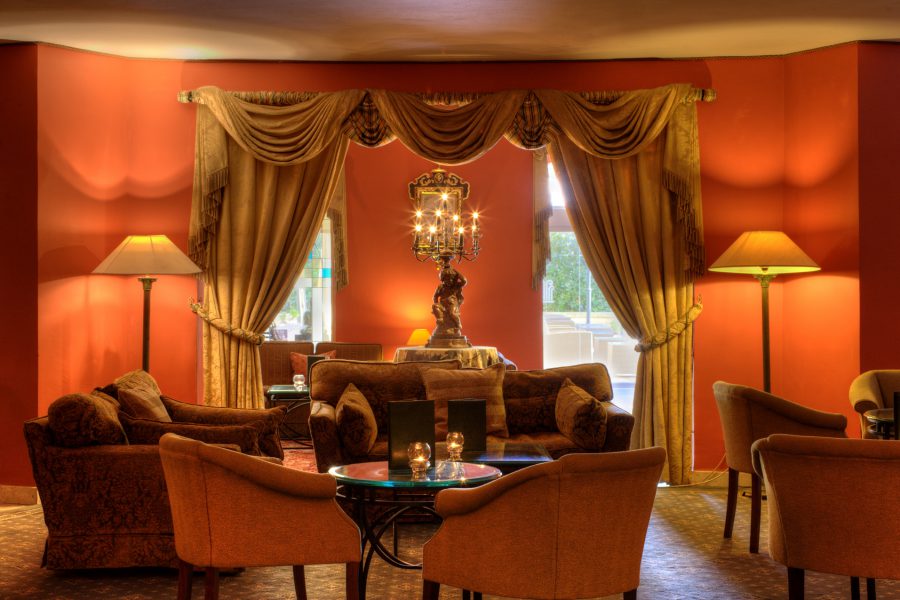