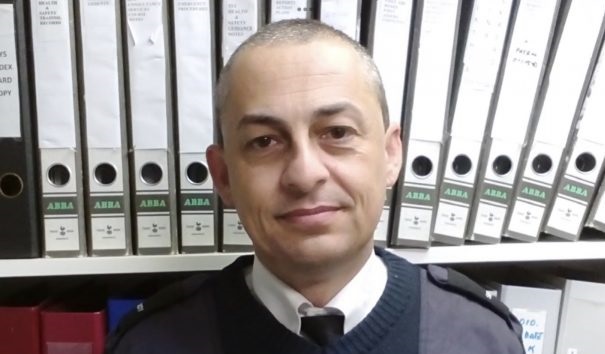 When Mr David Pace told me he dislikes people being late for an appointment, I instinctively looked at my watch and wondered whether he was referring to me, but then I remembered we had not made any appointment. I had just phoned him up outside office hours to be interviewed on Insider Plus and asked him what bothers him most in a person.

We noted a confident tone in his way of speaking.  He smiled: “Bulls eye! I consider myself a confident person…not over-confident because that is a flaw.” He then added, “I think I have three Cs which would characterise me: Confident, cooperative and committed.”

Forty three year-old Mr Pace has practically been reared by Corinthia. He joined the company in 1996 when he was only 17 years. “I was  very young, full of energy and determined to work hard. I started working with Henry J. Bean’s Bar and Grill and remained there for 12 whole years as a waiter and barman. I still look back at those times with much satisfaction and hold some very dear recollections.Those years were amazing! I know it is strange to refer to one’s place of work as a fun-place, but that is what it was for me. We had busy nights throughout the whole week, which were  rendered much alive and entertaining with the several promotions, live band performances and live Radio broadcasting.’

And then what happened after all that buzz? Mr Pace smiled and nodded. “ It was time I moved on, so in 2008, at the age of 30 I moved to Corinthia’s Finance Department as a storekeeper.”

Wow! that was a difference from the previous duties. “You bet, it was a completely different challenge. I was in charge of maintaining stocks par level and distributing required items to the Hotel departments, submitting orders to our suppliers and keeping stores organised for the monthly stock-taking. I remained there for five years. Then in 2013 I became a Security Agent and it’s still my current Job.”

What would such a job require? “The work of Security Agent requires a lot of attention to detail and one must remain alert at all times, including ensuring and maintaining the safety of our guests, employees and the property. Security is always on the look out and prepared for any type of emergency or accident. I also do a lot of monitoring of CCTV when at the office.”

What would he do when he suspects something? “In that case, suspicious activity is maintained only within the Security Department members, and followed up by the Security Manager.”

Can any one become a security agent, or is there any essential requirement? “A security guard requires a valid security license issued by the Commissioner of Police, but we have to attend refresher courses on a yearly basis; otherwise the licence would not be extended. But I add that every day is a teaching experience. Every day  I come across something new, and that keeps me on my toes and never take anything lightly.”

But surely he must have had a funny experience. Mr Pace sported a broad smile. “ One of the funniest experiences was when I was called to a room where a guest was encountering some problems with her room safe. I knocked on the door and when the guest opened, I could not believe my eyes. It was my aunt who had been away in Australia for many years and had visited the Island unannounced to surprise the family. She had just arrived, and none of us knew she was here. We both laughed our heads off.”

On a personal note what did he admire most in a person? He was quick on the draw. “Undoubtedly, sincerity and trust.”

And what about relaxation? “ I love my walks in the country, in company with nature. I simply love boat fishing; that’s where I can enjoy some peaceful quality-time. I enjoy the silence around and the relaxing, gentle sound of water. My adrenalin heightens when I feel the pull of the fish on the line and the challenge starts. It’s such an experience!”

Mr Pace seemed to leave his pet pastime last. He informed me he had two male dogs which he simply adored. “One is a 7-month-old German Shepherd named  Kix  and the other, of same age, is a Shiba Inu, named Kyce.” His eyes shone when he explained that he spent a lot of time with them, especially since they are still  puppies. “ They do require much attention,  morning walks, evening walks, Vet checks and planned weekly training. They are pure breed with their pedigree confirming  their parents champions. I have started dog training to continue this family trend and plan to compete for a champion title.” One could easily detect a deep pride in his voice. Understandable!

We thought that was a good time to say good-bye and leave Mr Pace who was about to go to work.  As he said, he hates being late.