Recently, Maltese newspapers reported an interesting discovery of a Punic tomb in Tarxien. Intriguingly, QP Management Ltd (QP), which forms part of the Corinthia Group, was also mentioned. How would QP feature in this venture?

QP is a professional services firm providing design, engineering and project management solutions in the build environment. It is a Project Management Company which supports the Corinthia Group and third parties with architectural, engineering, management and technical construction services. But, and here is the nexus, in January 2019, QP added a new section, namely the Cultural Heritage and Geomatics Division. This was a natural process, following years of exceptional collaboration between ECA Consultants Ltd and QP Ltd. The transition included the incorporation of a well-established business in archaeological and land surveying services.

Insider Plus contacted Mr Edward Calleja, Head of Discipline, Cultural Heritage and Geometics within QP. Brimming with excitement, Mr Calleja informed us: “I have been involved in the cultural heritage sector since 2004 and throughout these years had the opportunity to be engaged in numerous local projects. This led to the joining of my former firm, ECA, with QP. At QP, I form part of the senior management team, geared to the organisation and implementation of projects.” 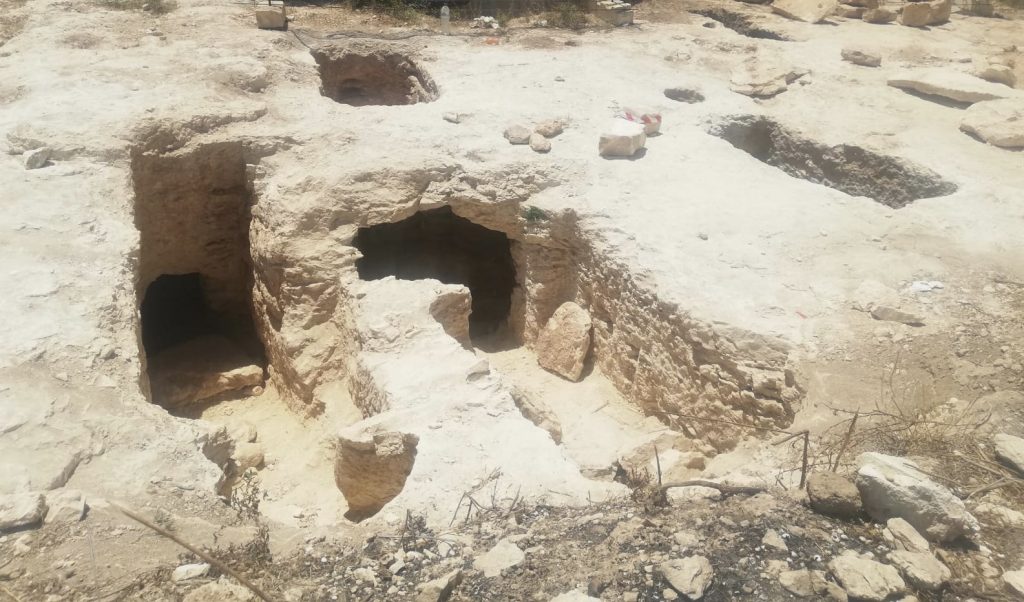 Referring to the archaeological find, Insider Plus queried the meaning of the word ‘Punic’. “The Punic period (500-218 B.C.) is to a large extent a continuation of the Phoenician period. The loss of political autonomy of the Phoenicians in the East led the Western Phoenician colonies, including the Maltese islands, to settle under the protectorate of Carthage. The term ‘Punic’ refers to the adjective by which the Romans labeled their Semitic adversaries.”

Archaeological monitoring at the site in Tarxien was conducted by one of QP’s senior archaeologists, Ms Tamsin-Marie Kingswell, whilst the investigation and documentation of the discoveries was done with the assistance of other archaeologists and land surveyors within QP’s team. Mr Edward Calleja rightly emphasises that “all the interventions are regulated under the direction and supervision of Malta’s Superintendence of Cultural Heritage.”

One obvious query was the type of burial followed during that period. Was it a normal burial (inhumation) or cremation? Interesting response: “During the Phoenician-Punic period, the principal methods of burial were both inhumation and cremation. Both methods were traced in the tomb. During this time, cremation was more popular than inhumation until the middle of the sixth century B.C., where inhumation became the sole method of burial. Nevertheless, later, cremation become gradually more popular.”

The tomb which we are speaking about was most likely used between the Punic and Early Roman Period, during the 4th and 2nd century B.C. “The undisturbed tomb found in Tarxien is a rare occurrence in Malta. It had its stone sealing slab still in place and revealed a chamber with an intact set of burial paraphernalia. The untouched urns to the sides of the chamber still contained ashes resulting from cremation rituals.” 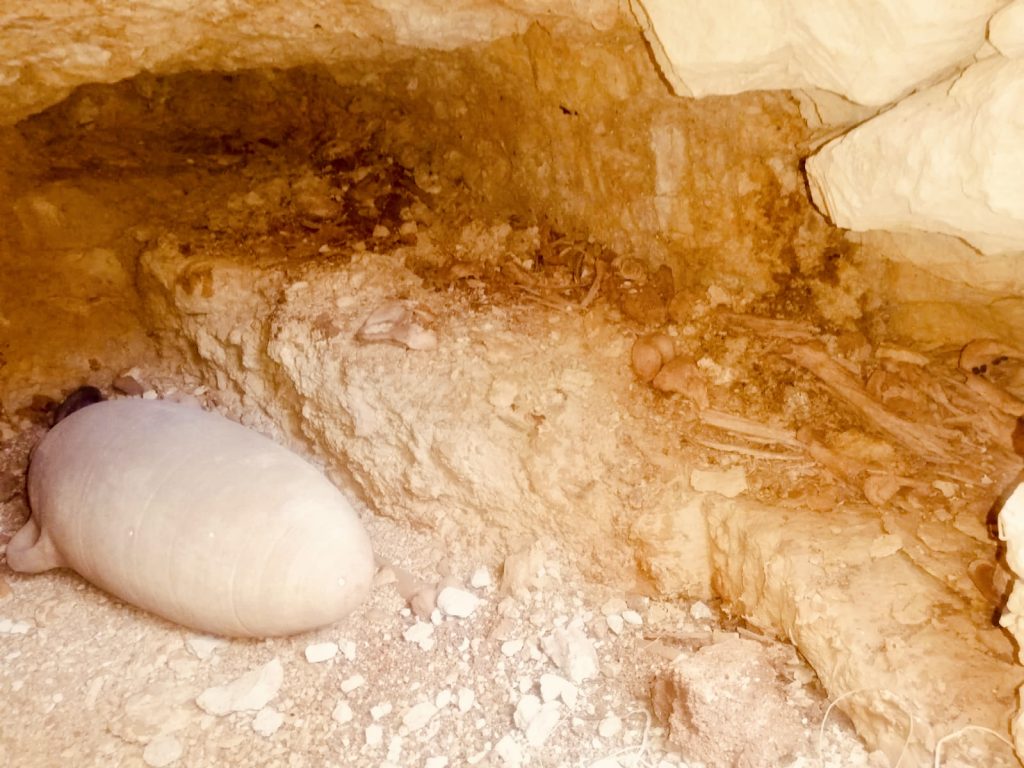 Were any items found in this tomb? “Certainly, several grave goods were discovered, including an amphora, a trefoil jug, three cinerary urns, small sized pots, an oil lamp and patera, which is a shallow ceramic or metal libation bowl.

The presence of these items in the tomb clearly proves that inhabitants of the time believed in an afterlife. The dead needed certain goods in their next stage after terrestrial life.” 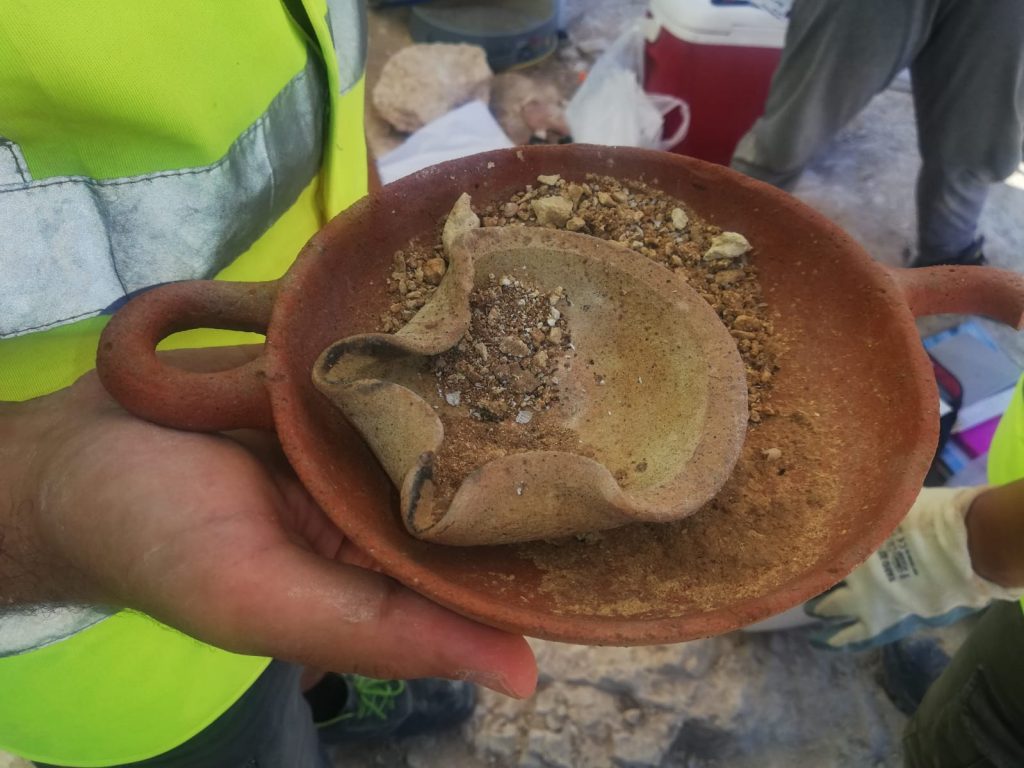 Are Punic tombs rare in Malta? Mr Calleja smiled and informed us that, “archaeological investigations dating back some thirty years ago have brought to light 668 Punic tombs around the Maltese Islands. Even the tiny island of the Maltese archipelago, Comino, featured, though only a single grave was uncovered there. Undoubtedly, the number of Punic tombs discoveries has certainly increased since then. Naturally one cannot ignore the fact that most of the Punic tombs were discovered during development-led projects, so one cannot exclude the possibility of other Punic tombs which are still undiscovered, or which have been destroyed.” 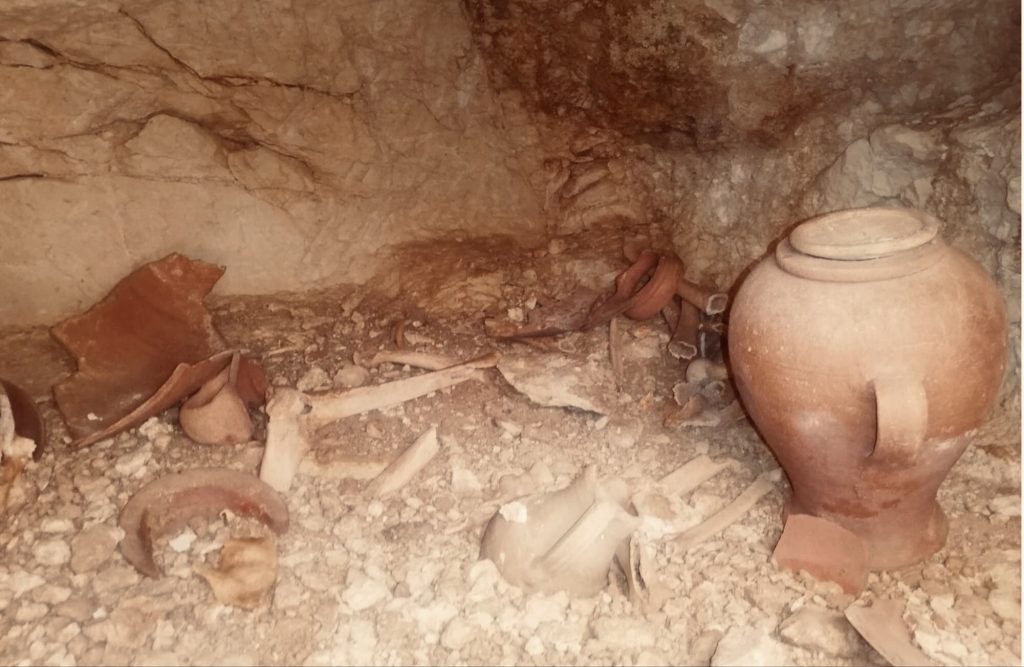 The major tomb clusters were discovered within modern-day Rabat (not to mix with later tombs from the Roman period), and its immediate surroundings. However, a considerable number of Punic tombs have been documented in the Tarxien/Bulebel and Tal-Barrani area.

Punic tombs were generally accessed through an oval or round chamber and rectangular or rounded shaft. Several tombs might also include a second and or even a third chamber on opposite sides of the shaft.

An obvious query is whether such discoveries are the order of the day for QP.  Mr Calleja was quick on the draw. “Being the only private organisation offering archaeological services in Malta and Gozo, we have a high rate of discoveries in view of the numerous public and private projects we are involved in. All findings are treated in a timely manner since our services are mainly offered in development-led projects. Remains are investigated and documented in detail in line with with international standards. All interventions are directed and coordinated by the national Superintendence of Cultural Heritage.”

It was indeed a treat to find that whilst Corinthia looks forward steadfastly and projects itself towards the future, it also actively participates in the discovery and protection of the past.