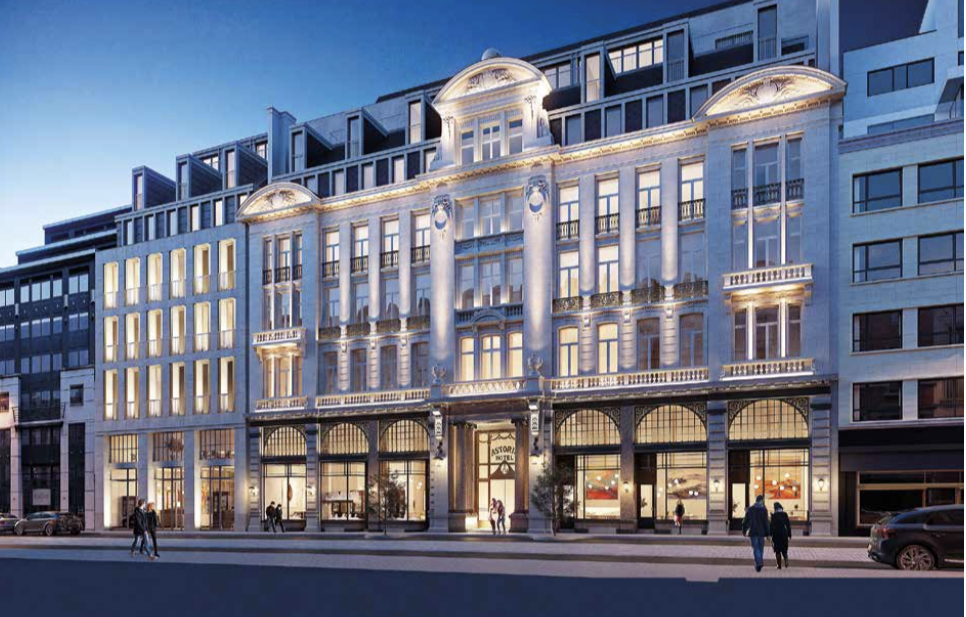 Insider Plus decided to revisit the role of Corinthia Developments International (CDI), so we asked MR SIMON NAUDÌ CEO Corinthia, to briefly guide us through some main aspects, which he did in his usual clear and articulate manner.

Mr Naudi started with a premise: “One cannot appreciate CDI in isolation. It must be viewed within the scenario and context of the Corinthia Group. Only in this manner can one value the quite unique amalgam of services offered by the various Corinthia companies which jointly give life to a coherent and comprehensive strategy.”

Mr Naudi emphasised that Corinthia is not only a hotel owner under the banner of International Hotel Investments p.l.c. (IHI) but also develops hotels and commercial/residential properties with a variety of knowhow provided by CDI, its subsidiary. To complete the scenario Corinthia also has its own project management company QP Management Ltd (QP) and offers management of hotels and catering business through Corinthia Hotels (CHL)

Originally these services were conceived and devised to help Corinthia grow, but their fast development and the broadening of Corinthia’s vision and horizon have now made those subsidiary companies also offer their service to third parties.

In like manner CDI’s original mission was to develop Corinthia’s own hotels, residences and offices, but this has developed further to offer services to third parties hotel owners. In fact the company’s literature succinctly states: ‘CDI originates and executes investments in real estate anchored by hotels and which are financed by their parties.’

“Corinthia is an expanding company, not merely in size but also, and perhaps more significantly, in the width and depth of the services it offers to itself and others,” Mr Naudi explained graphically. “And the three subsidiary companies CDI, QP and CHL are continuously working together to find new ways and opportunities of growth.”

What does CDI handle? Mr Naudi was quick to list a series of tasks: “It handles every aspect of acquisitions, including negotiations with vendors. So we are on the ground from the starting line. We also source the necessary funds and undertake legal, financial and environmental due diligence. These various kinds of professional assistance and services exist within Corinthia’s fabric. We then coordinate all professional consultants and ultimately manage everything on site to ascertain that the end-product reaches the highest standards which epitomizes the Corinthia brand and above all achieves its financial targets.”

Insider Plus asked who is the person in charge of all this complex balancing act? Mr Simon Naudi was quick to say that he has a “wonderful team of experts scattered across Corinthia who give their all for a successful venture. This is certainly a joint effort, not a one-man job. But as in any complicated and multi-faceted task, there must be a captain who steers the ship, and us as IHI, the holding company, take the lead in managing this development activity.”

Corinthia has now established an excellent name in the market. The very high standards and fine taste it has achieved and instilled in all its hotels and real estate, whether through construction, embellishment or management, restrict the number and type of projects in which it would be interested. Many are those who knock at Corinthia’s doors but it would only be interested in the best, the very best, this being dictated by the Corinthia positioning as a top tier hotel brand.

Has Covid affected CDI? Mr Simon Naudi remarked that Covid has affected everyone and everything but one good thing is that in Europe, banks have consciously supported hotels. The reasons vary but in reality, banks would certainly not enjoy landing with a series of hotels on their laps. Furthermore, in Europe, bank lending is more or less balanced with equity. So, in reality there is no glut of hotels on the market crying out to be purchased. At least not as yet.

Insider plus was tempted to ask Mr Naudi to speak about CDI’s portfolio when he produced a diagram which graphically lists the Corinthia hotels (a) that are owned and managed, (b) those which are solely managed, and indicating in both cases the percentages of holdings and number of rooms, and (c) also lists land and commercial properties. It is well worth looking at it carefully.

Corinthia prides itself with a list of trophy hotels, some of which are in the making, which are living testimonies to its professionalism, finesse and highest level of standards. Just a few examples of hotels in the making would suffice to show this:

Originally built in 1910 at the request of King Leopold II, this is undoubtedly a landmark property. CDI identified the potential of this property and led the acquisition and financing process, and planning negotiations. Work is underway and, once completed, will comprise 125 bedrooms/suites, and banqueting/dining and spa facilities. This property which had been vacant for over a decade will be restored to its former glory.

Built in 1867 as Grand Hotel du Boulevard, and classified as a Monument of Culture by the Romanian Ministry of Culture, this is a recent addition to Corinthia’s collection of luxury hotels. This four storey building in the heart of Bucharest is one of the oldest hotels in the city and is now undergoing extensive refurbishment works. Apart from providing technical services on behalf of its owners, Corinthia will also be operating it under a management agreement.

Corinthia provides technical and management services for this luxury beachfront resort, incorporating a hotel and residences. It will comprise 360 bedrooms and suites, complete with extensive outdoor and indoor leisure and dining and banqueting facilities, a luxury spa and nightclub. When it opens, it will be the first Corinthia branded hotel in the Gulf.

On 22 October 2019 Corinthia announced that Reuben Brothers had acquired the former seat of the Central Bank of Italy on Parliament Square. in the centre of Rome and entered into contractual arrangements with Corinthia Hotels to develop, lease and operate it as an ultra-luxury hotel. The 7,500m2 property will be turned into a luxury 60-room hotel.

On 3 March 2020 International Hotel Investments p.l.c. (IHI) announced that its operating arm Corinthia Hotels Limited (CHL) had signed an agreement with United Development Company (UDC), the Qatari master developer of The Pearl in Doha, to manage and operate a luxury Corinthia hotel to be built in UDC’s newest flagship real estate development, Gewan Island. UDC is a leading Qatari public shareholding company with a mission to identify and invest in long-term projects contributing to Qatar’s growth and providing good shareholder value