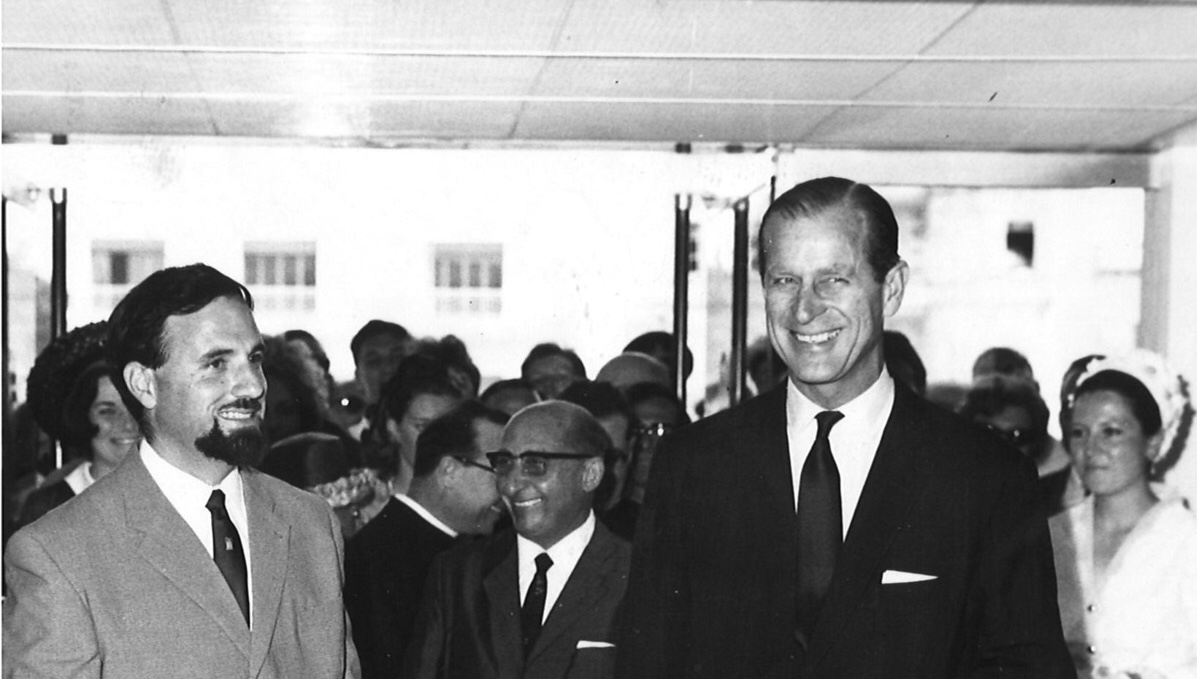 Time tends to dim or even erase memories of how a venture or a project started, the visions held, the hardship involved, the fears which accompanied every step.

When looking at the Corinthia Palace Hotel nowadays, one will certainly admire the finesse, the detail, the elegance of the whole building. The easiest thing is to completely forget its adventurous beginning  and birth pangs.

Corinthia was already born as a restaurant of class and elegance. That was 6 December 1962, a date which would henceforth be celebrated annually as the start of Corinthia business. But the future echoed already. Corinthia should branch into hotels. 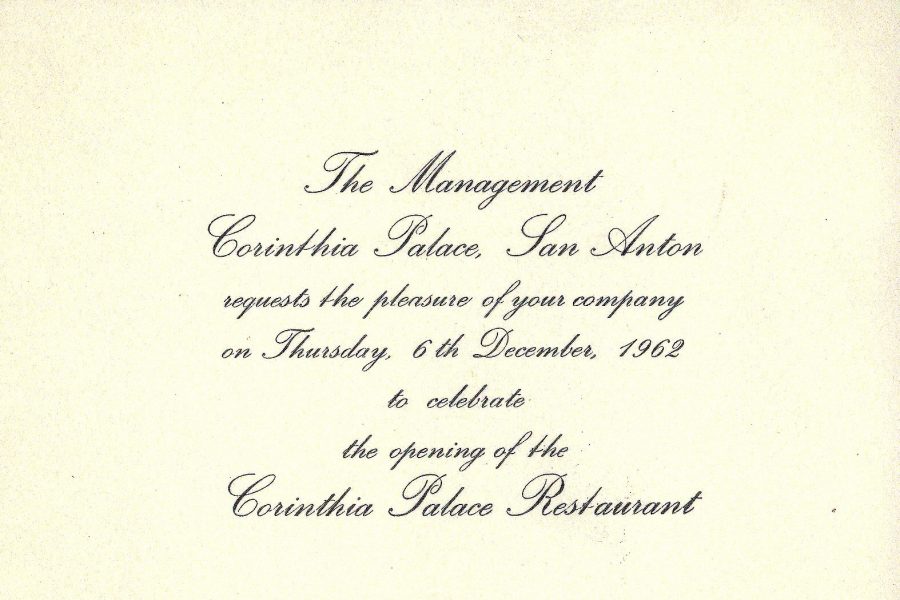 Malta’s independence from Britain in 1964 hailed a new era for that Island. No longer dependent on British forces, Malta started diversifying and energizing its finances and widening its horizons. The Malta Government Gazette of 1964 launched a programme of government grants and incentives for new developments. Mr Alfred Pisani, then only 25 years old, immediately clutched on to this ladder rung to start climbing. He sketched a plan for a 40-room hotel and presented it to the Chairman of the Malta Tourist Board, Mr John Pollacco, who answered that the projected hotel needed at least 150 rooms to be eligible for governmental financial aid. Unperturbed, Mr Pisani returned a few days later with a plan of 156 rooms.

And the finance? Mr Alfred Pisani was unruffled. There were no funds available but surely the banks would help. So without loss of time he met the Branch Manager of Scicluna’s Bank, a subsidiary of the National Bank of Malta, Mr Oreste Brincat, who asked him for a business plan which was produced in record time, though mainly based on guess work. One problem subsisted. Mr Pisani could not fork out one third of the costs from his own pocket so he asked for a full loan.

The Branch Manager’s heart missed a beat. This was by far the largest loan for one project the bank had ever granted but he nonetheless pushed the proposal forward to the National Bank’s Board of Directors. He was not so confident it would pass but he must have been hopeful.

Mr Pisani faced the whole 13-member board. He was alone, unaccompanied but unflappable. Meanwhile he had met Mr Sigmund Warburg, founder of the Merchant Bank SG Warburg, who showed an interest in the plan and even made him an offer in writing for an equity of 230,000 euro. Mr Pisani was not interested in sharing this venture but during the discussion with the bank’s Board of Directors, he calmly showed Mr Warburg’s letter which surely made them more confident once a person of such stature had shown faith in the project.  Whether this was the winning card or not, one does not know but certainly the steely determination and burning passion of a young man who wanted to move forward with a deeply ingrained  faith in his project must have played a very important part. Perhaps the Board had discovered Mr Alfred Pisani before he had really discovered himself.

Three weeks later, the good news arrived that the bank had approved the full loan.

But headaches did not subside. Though architects had been appointed, it was impossible to find a contractor. There was a boom in Malta and all contractors had their hands full so Mr Pisani acted as the foreman and contractor.

Mr Pisani had some experience of this when he had built his own house a few years back so he contacted the same builder, a certain Mr Felice Cassar, who accepted the job with the aid of some personnel. 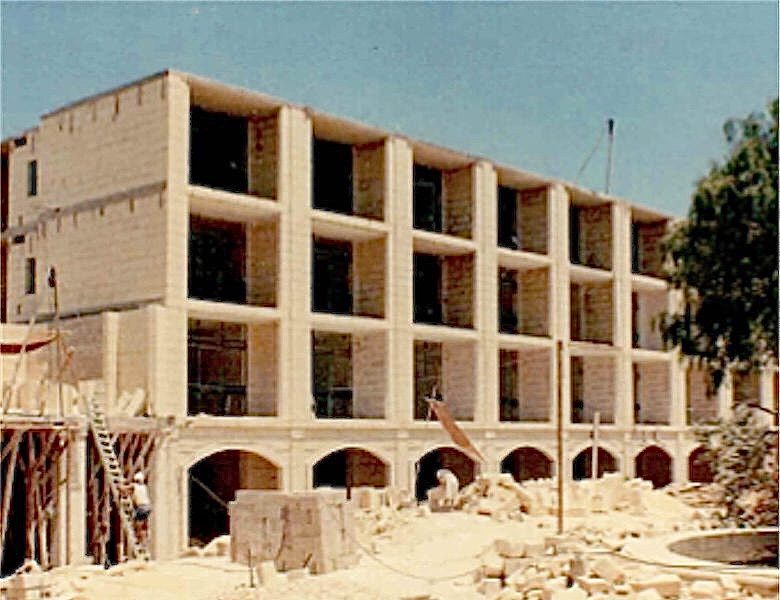 Construction started in 1965. Mr Pisani recalls insisting on recycling almost everything which was needed. He recalls even “employing a man whose job was to remove nails from wooden crates of all imported material, and straighten them again.” The wood of the creates were used in the concrete shuttering process and also in constructing the divan beds of the hotel. Those divans lasted for 18 years when the hotel was then refurbished. 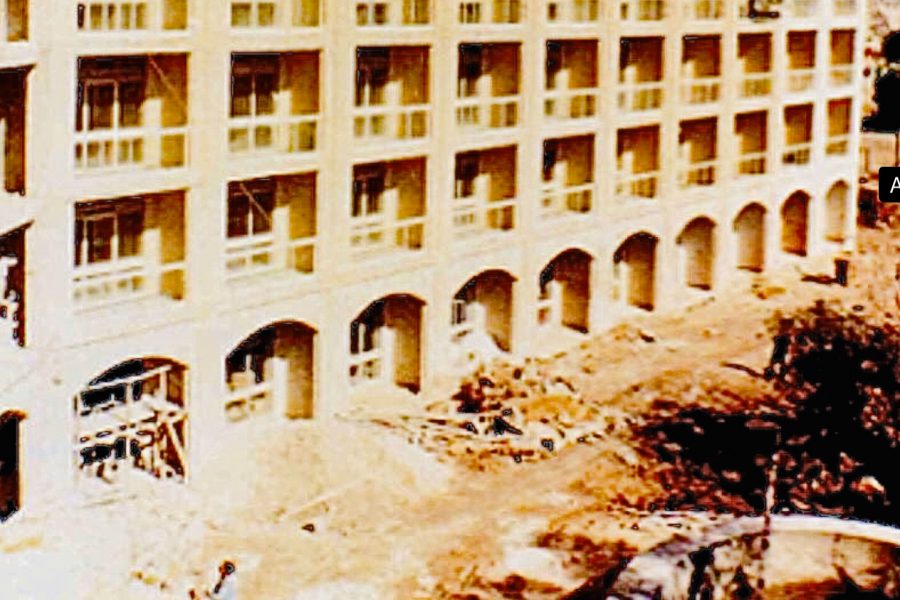 Thrift in construction was essential. Mr Pisani had bought a small second-hand cement mixer for a mere 45 euro. It plodded away from 7.30am to 10.30 pm…everyday except Sundays. This small, humble machine was so essential for the whole project that a very young man was employed to ensure it did not stop.

The hotel spanned approximately 74 meters. Construction methods were basic but very efficient. Mr Alfred Pisani was always a hands-on force. He was on site every morning from 6.30am. No breakfast, no lunch, washed in minutes, even slept in his clothes some times. No exaggeration!

The end-result was great. It needed to have a grand opening. Mr Pisani heard that Prince Philip, Duke of Edinburgh, was traveling to Malta to open Malta’s first playing-field. No man to aim low, Mr Pisani contacted the Governor General of Malta, Sir Maurice Dorman, to contact Buckingham Palace and enquire if the Duke himself could open the hotel. The Governor’s Aide-de-Camp, Brigadier Claude Gaffiero, received quite a few reminder phone calls from Mr Pisani but matters looked dim. The date was fixed for the opening but no answer had come from Buckingham Palace. Then came the good news. Prince Philip had accepted but he could only attend on a different date, so the formal opening date had to be changed to 11 June 1968 That was the least of problems. All guests were informed of the new date and the presence of Prince Phillip. Everyone attended…even those who had declined the first invitation. 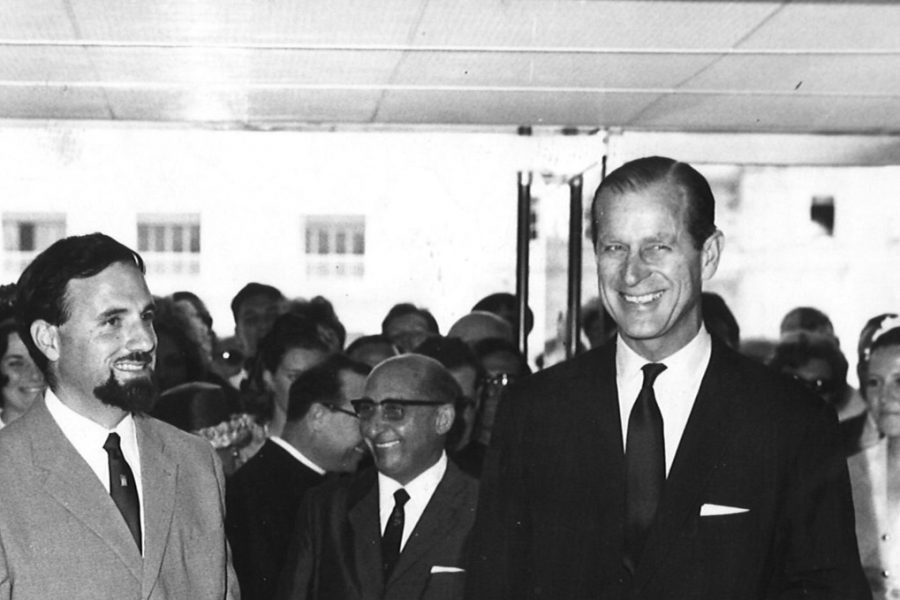 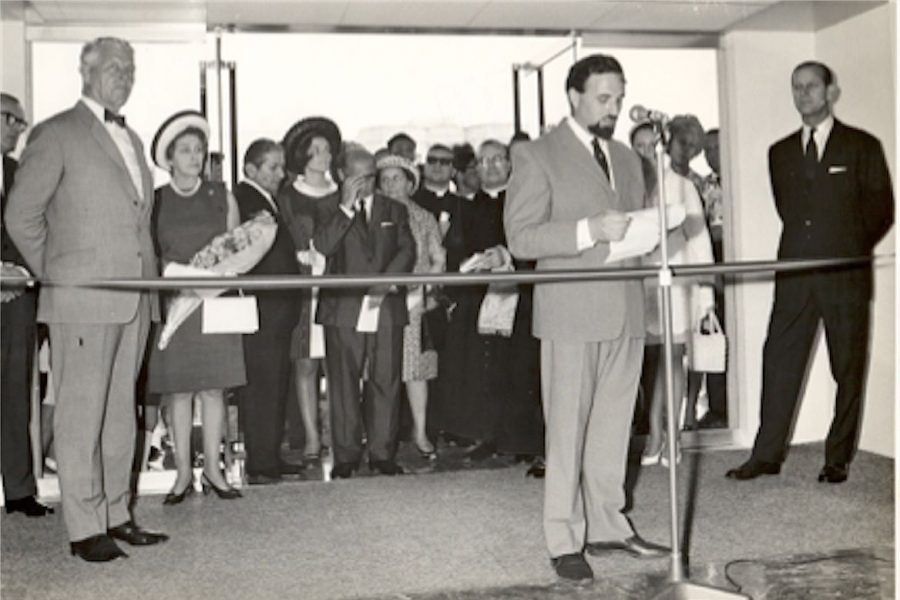 This is a story which needs reminding. Grand projects grow from  simple but daring ideas, a will to see them through without fear and with determination but most of all with passion, which is the boiling pot of all th other requisites of success.