The Corinthia Grand Hotel Astoria is quite simply a jewel of the Brussels architectural heritage. It’s a splendid building in the Parisian style of the beginning of the last century. It is iconic as much as it is mythical.

It was built in 1909 at the request of Leopold II, otherwise known as the Builder King for the architectural master pieces he commissioned in Brussels at the time. King Leopold II died in December 1909, shortly after the Grand Astoria was built but he requested this new hotel for a very specific reason.

The locals reminisce of the days this beauty used to attract the great and the good. It was the place of choice for Kings, world leaders and celebrities as they visited Brussels. The building itself is steeped in history and the hotel, or rather its service, was arguably the best worldwide. 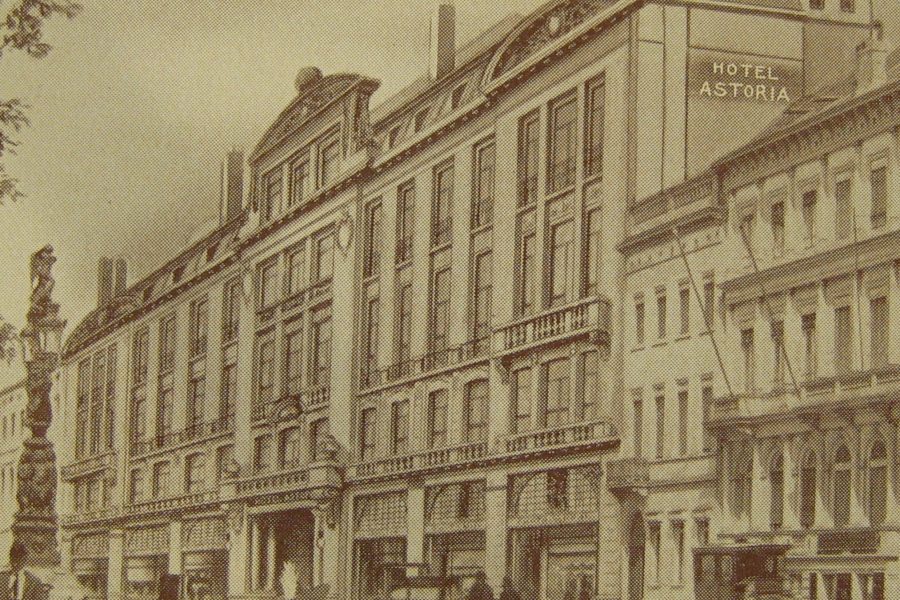 King Leopold wanted a suitable hotel in Brussels to welcome the great statesmen and world personalities who were meant to come, the year later, for the world’s fair held in Brussels in 1910 from 23 April to 1 November.

For decades and decades, the Grand Astoria hosted the world famous and regaled celebrities in its magnificent location, a stone’s throw away from the Royal Palace of Brussels. However, this vocation to entertain and host in luxury has dimmed somewhat in recent years.

For the Bruxelloises, it was as if one of their historical treasures was loosing its lustre. They did not want to see the lights switch off so abruptly. 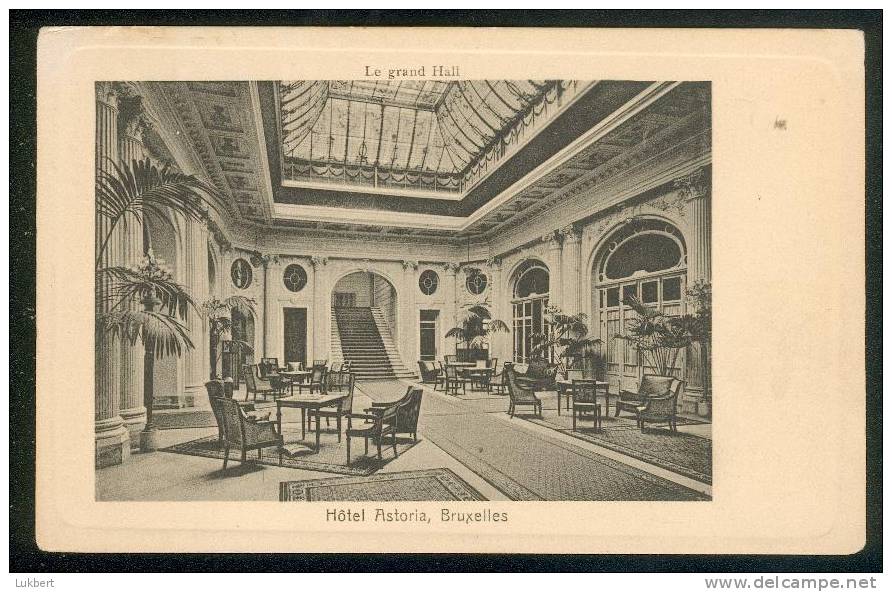 For them the Grand Astoria was not just a fine luxury hotel but it was a monument built in true Parisian spirit. The hotel’s Louis XVI facade and the majestic interior lend it a distinctly aristocratic appearance. But for some years, to their dismay, this gem was closed and slowly fading away from their collective memory. So what was it that was going to revive this beauty, loved by so many? 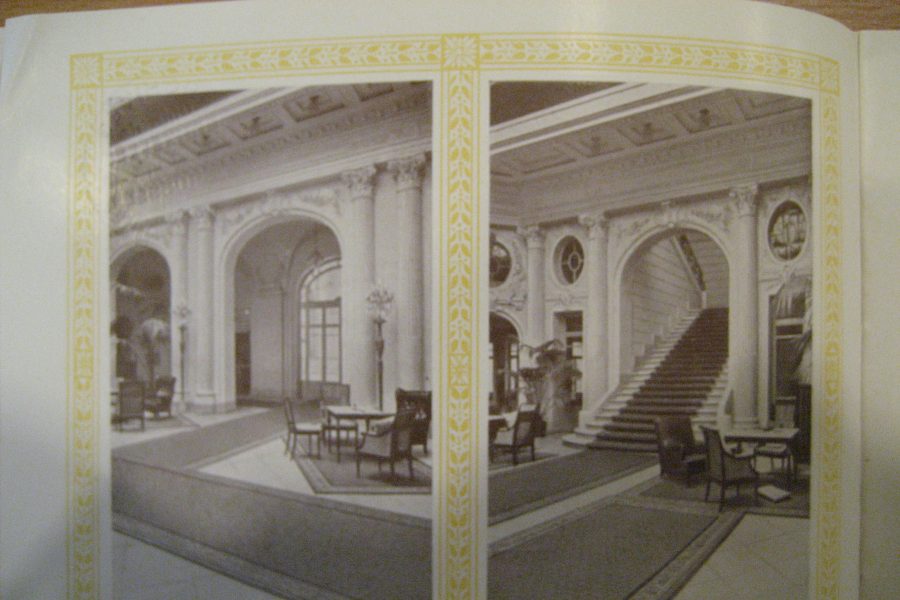 After the closure of 2007, there were indeed attempts by other hoteliers to restore it but for some reason it was not to be, to the dismay of the locals. Hopes were revived when the Corinthia Group acquired it in 2016 and they did it with high ambitions and steely commitment.

Restoration is an understatement. Renaissance is more like it! Corinthia intends to invest heavily on this project in order to meet the objective of attracting a new international clientele, but also to meet the demands of the old beauty.

Leisure clients who are not satisfied with just a “five-star” service and are looking for character and soul will find the Grand Astoria welcoming them, as she used to in the old days. Each hotel, of the Corinthia Group across the globe, is a unique tribute to local architecture and cultural traditions and so will the Corinthia Grand Hotel Astoria. These travellers will find in Brussels a place of high standing, with absolute luxury and perfect service.

Passionate about this project, Corinthia Group is determined to preserve the soul of this palace, especially the facade (now restored) and many original interior elements.

Designed by the famous Belgian architect Henri Van Dievoet, the exterior of the hotel reflects the neoclassical architectural style made famous in Paris by King Louis XVI, while the majestic interior architecture has given the building a very distinct style. 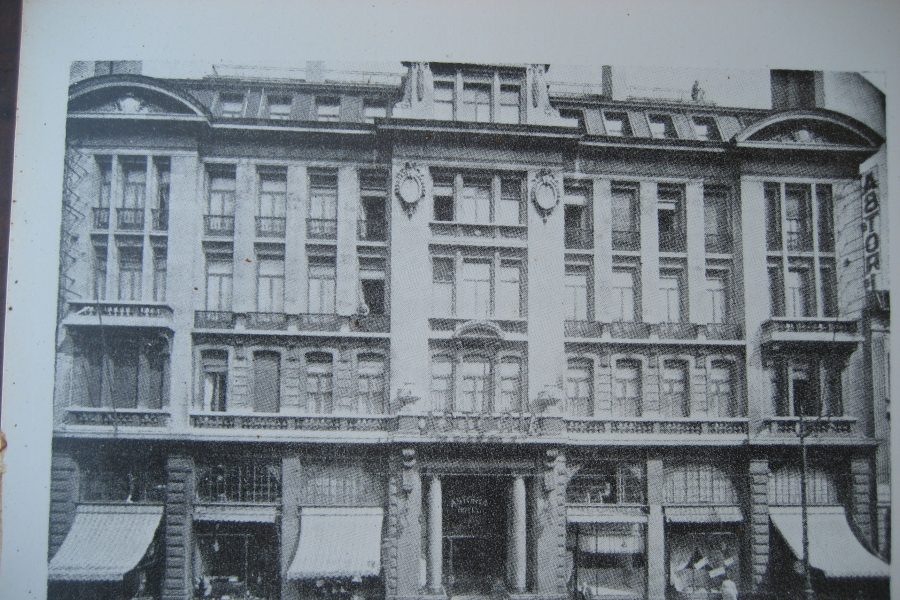 Since 2000, the hotel has been classified as a protected monument by the local authorities which adds intricacy to the already meticulous work of restoration. It is a delicate undertaking because it will address three areas at the same time: the restoration of a building of which some elements are listed, the construction of new parts, as well as the renovation. Some parts will be completely reworked by hand, with original materials. Its historic beauty will be recreated and supported with the luxurious amenities which are so in demand nowadays.

But it is on the back part of the place that there will be the most ambitious transformation. This is where, in addition to the existent 126 rooms, twenty-four super-suites with terraces will be installed, overlooking the Notre-Dame des Neiges district, Place des Barricades.

The sketch of the presidential suite alone promises to be the most beautiful in the world. It is spread over 270 m2 and it will have its own open-air garden on the top floor of the building. To access it, one would not have to go through the reception but through the entrance leading directly to a lift, something the clientele will cherish for security reasons.

It’s going to be the most magnificent of craftsmanship that will offer Brussels a real palace worthy of its name. It’s the one breath of life that will wake up the sleeping beauty, whom the locals are so much in love with.