Many wonder why a Maltese company bears the name Corinthia. The history of names is very intriguing and enriched with many unexpected twists. One classic example is America, which does not mirror the name of Columbus who discovered it in 1492 but who erroneously believed that it was part of Asia. America was named after the Florentine, Amerigo Vespucci, who corrected Colombo’s mistaken belief and established that the new land was a new unknown continent. The expression ‘What’s in a name!’ must have been invented by a dull mind with no passion for history.

But back to Corinthia: Corinth was a city-state on the Isthmus of Corinth, the narrow stretch of land that joins the Peloponnese to the mainland of Greece, halfway between Athens and Sparta. Any connection with Malta? None whatsoever. The nexus was born from a type of ornate capital, that is the topmost part a column. Ancient Greek architecture had mainly three styles of classical architecture (classic order) which were tied with the type of column that was used. These were the Doric, Ionic and Corinthian. The last mentioned is by far the most ornate and carries a capital decorated with two rows of acanthus leaves and four scrolls. 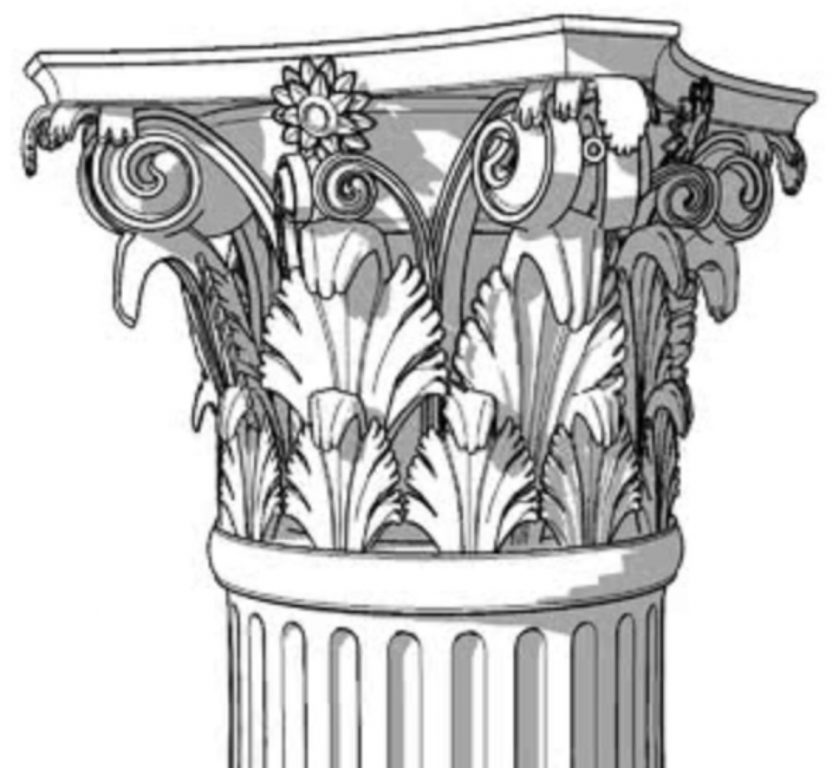 The Corinthia story started after the death of Mr Paul Pisani, father of Chairman Mr Alfred Pisani. In 1960 Mr Paul Pisani had acquired an elegant villa shortly before he died. Losing the main breadwinner must have been a shock, so in order to provide an extra income the Pisani family first gave a facelift to the magnificent hall of the villa to use for wedding receptions. Subsequently, two years later, the family opened the restaurant.  A name was needed  for this new venture. Mrs Josephine Pisani, widow of Paul, who became the matriarch of the family, spotted a detail in the architecture of this villa: Corinthian capitals in the main room. She suggested the name Corinthia and that was it. The new restaurant would be henceforth called Corinthia.

By late 1962 the property was enhanced into a fine-dining restaurant, which opened on 6 December 1962. 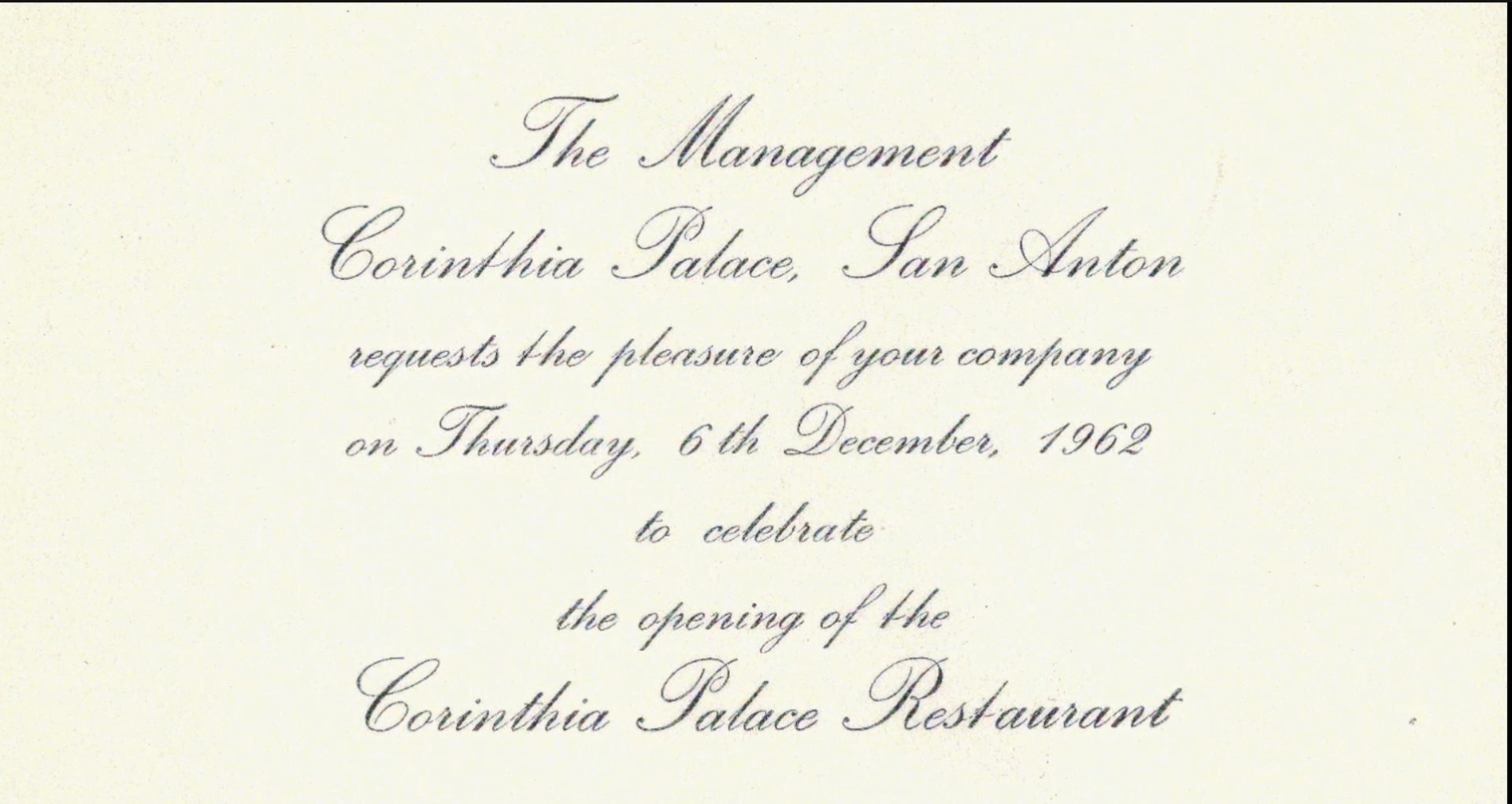 Insider Plus has traced the first advert announcing the imminent opening of this new Corinthia Restaurant, in the Times of Malta of 28 November 1962, a week before the grand day : ‘Good news all around’

Then regular adverts started appearing profusely. Insider plus has also traced the first advert in the Times of Malta after the restaurant had opened. It appeared on 13 January 1963. There was one obvious missing characteristic: The logo of the Corinthian column did not feature on the adverts.

First advert after the opening of Corinthia Palace Restaurant. SundayTimes of Malta of 13 January 1963

Yet it featured on the Restaurant’s elegant menu. Why?  Was it an oversight? Not at all. 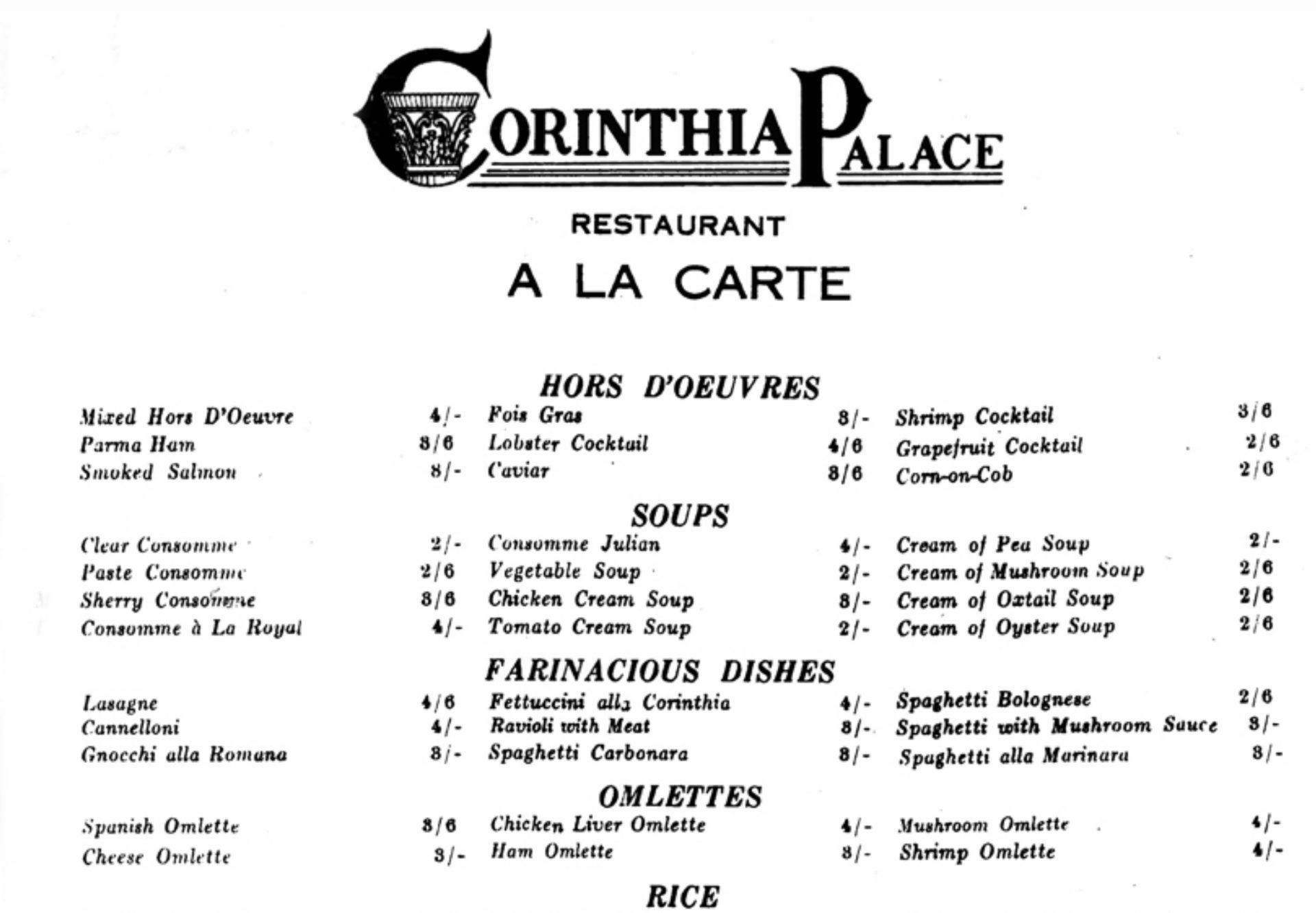 Insider Plus has examined all the adverts of Corinthia Restaurant during the years 1963 to February 1968 and the logo did not feature in any advert. Why?  The reason was simply and purely technical. All the Corinthia adverts were small in size; the logo was too ornate to be reduced drastically to such a small dimension. It would have been lost and would have appeared messy and unattractive. So a new logo was needed. Insider Plus extracted this information from a speech delivered by Chairman Mr Alfred Pisani on June 13 2001 at the Malta Chamber of Commerce during a seminar ‘Hungarian Maltese Business Opportunities’:

“Ladies & Gentlemen, I cannot start my talk on my Hungarian investment experiences without first referring you back to the origins of my company, some 35 years ago, since even at that early stage of our development we have had a Hungarian connection. In fact, this came about when I had decided to re-look at the Corinthia emblem at the time, and here I am referring to 1966, when we were then using a Corinthian capital as the motif for our Company. This was extremely cumbersome and did not reduce correctly when printed in a small size and it was therefore obvious that we needed a rethink. By coincidence I was introduced to a certain Mr Molner, a young Hungarian designer, who produced what I still consider to be a very beautiful and easily identifiable motif — the one that people who know Corinthia, no doubt fully appreciate its clean lines and the fact that is easily recognisable.”.

Then it was easy to trace the first Corinthia logo as we know it today. Insider Plus found  it in The Times of Malta of 7 February 1968. 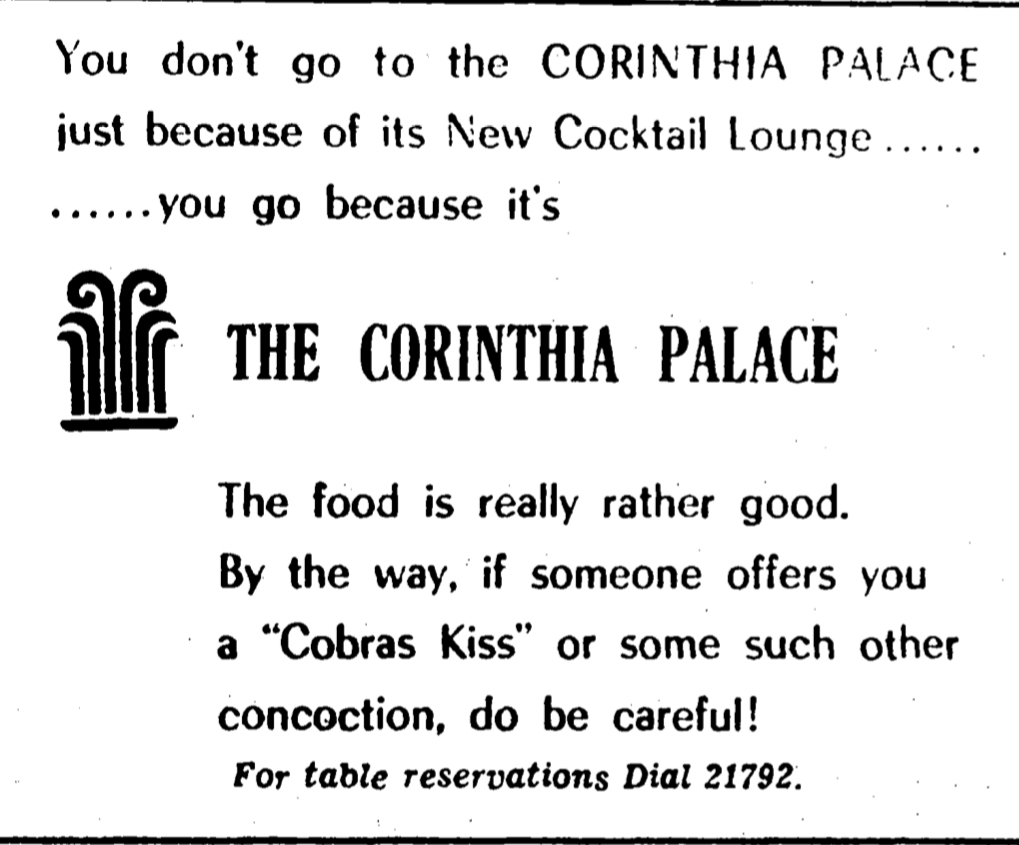 First advert with the new Corinthia logo. The Times of Malta 7 February 1968.

From then on, that logo faithfully accompanied the name Corinthia and both have witnessed an exceptional growth, expanding well beyond the shores of Malta.

COSTA COFFEE …a drink with a purpose.